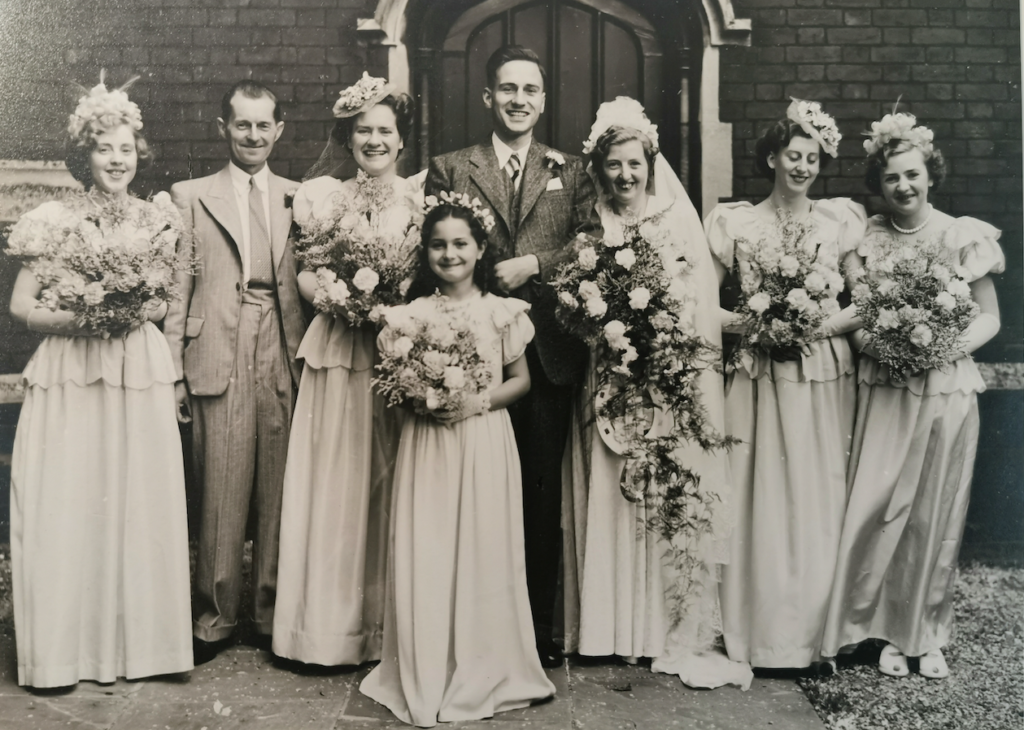 Edward Katon (165 Chesterton Road) met Joyce Mansfield at a dance at the Guildhall in 1949. They married in 1950 and moved to 21 Devonshire Road.

He wrote detailed diaries and one of his entires is all about their early meetings:

Intending to go to the Rex Ballroom Saturday night I noticed that in the local paper that there was also a dance night at the Guildhall. Checking that I had enough money to go to both, I decided to go to the Guildhall first, look around at the girls and if there were none I fancied to go out to the Rex Ballroom. I did not get to the Rex. It was nice in the Ballroom not overcrowded and after dancing with two or three girls, I took a breather, bought myself a lemonade (I was teetotal) and looked around to see if there was anyone else unattached to dance with. Opposite side of the floor with a group of four girls, teenagers I guessed, one face seemed to stand out from the others. I looked again and again, this cheerful face was smiling so so putting my drink down on the table. I walked over and asked the girl to dance. She was happy to and we got on well. She was a good dancer. We had several more dances after that I asked if she would like a drink. She chose a pineapple. The dancing ended and I asked if I could walk her home. She said she had to see her 3 younger sisters home by taxi. So thinking that that was that I got my coat from the cloakroom outside. She was waiting for me. Where are your sisters then. She replied that she had sent them home by taxi with money her father gave her. So we walked what seem miles to her home. I didn’t mind walking. I was used to long walks. Arriving at her (Joyce’s) home, instead of saying good night she asked me in for a cup of tea. It was the first time I had ever been asked in and was surprised and pleased. Expecting to meet her father and mother and three younger sisters I also met one of her older sisters, sister’s husband, the 8-year-old daughter and 7-year-old son who was staying for the weekend. I thought they were having a party. Last of all her parents’ two dogs. 10-year old collie bitch and one of its 2 year old female pups. I was showing a photo album of all the family. It consisted of three boys (grown-up), two older sisters married, and her three younger sisters. After a nice cup of tea and chat, her father with the was a Cambridge market stall holder and I told him I worked at Pye Telecommunications Ltd where they made 80% of the world’s radio telephones as a prototype wireman. It was time to go and Joyce saw me off and before we kissed goodbye, she asked me to tea the next day, Sunday, which I was very pleased to accept. She told me later in our marriage that when she went back in the family rounded on her saying things like he seems very nice but you should have had more sense than to walk miles home was a complete stranger. Joyce’s reply was ‘You will see more of him tomorrow. I’ve invited him to tea.’ That surprised them. ‘Have you’ they said, but made me welcome.

On one night the following week I was asked if I would give their dogs a bath. ‘Not in these clothes’ I replied and came in my old clothes. The dog seemed very interested in the preparations. An old clothes tin bath, towels, soap etc. I picked up the mother dog, a collie sort, and placed her in the warm water in the bath. After a few moments she realised where she was and tried to jump out. My firm grip on her thick collar prevented this and she was covered in soapy lava and given a good wash. All the time I was speaking nicely to her. Masses and masses of fur came out of her and when I let her out of the bath she was much slimmer. The other dog looking like a golden terrier was waiting patiently for her turn and it was no trouble at all and seemed to enjoy the bath. Then came the drying and towelling. Finally a good combing. No fuss this time. The next few nights I visited the dogs were missing. My enquiries as to their whereabouts lead to the answer ‘When Peter the older dog sees you she runs and hides, and Lassie (completely unlike the film dog) thinks it is a game and joined her mother. We guess Peter thinks she is going to get another bath. It appeared that I had given her the first bath in her life. As one year of human life is regarded as 7 for a dog that would be like a teenager giving a 90 year old woman her first bath. ‘Why did you name her Peter when it’s a man’s name’ I asked. She had so much fur we were unable to tell her sex and assumed she was a male dog was the reply. We had another dog the same age and they were good friends. Until we came down for breakfast one morning and found she had 13 puppies on a new couch. They had to get rid of the other dog as it nearly went mad when they tried to keep the dogs separate when Peter was on heat. 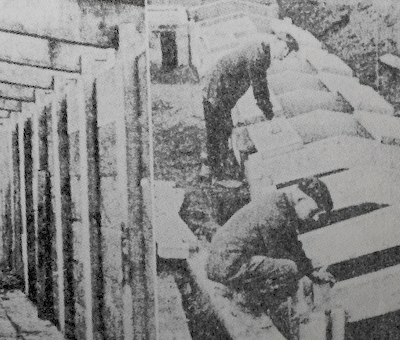 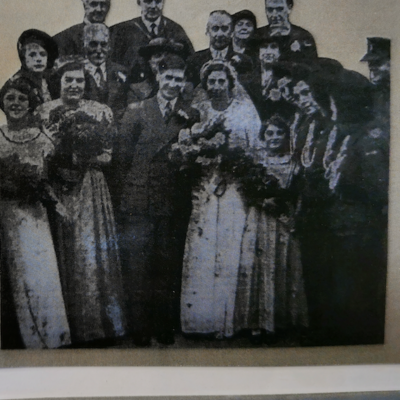