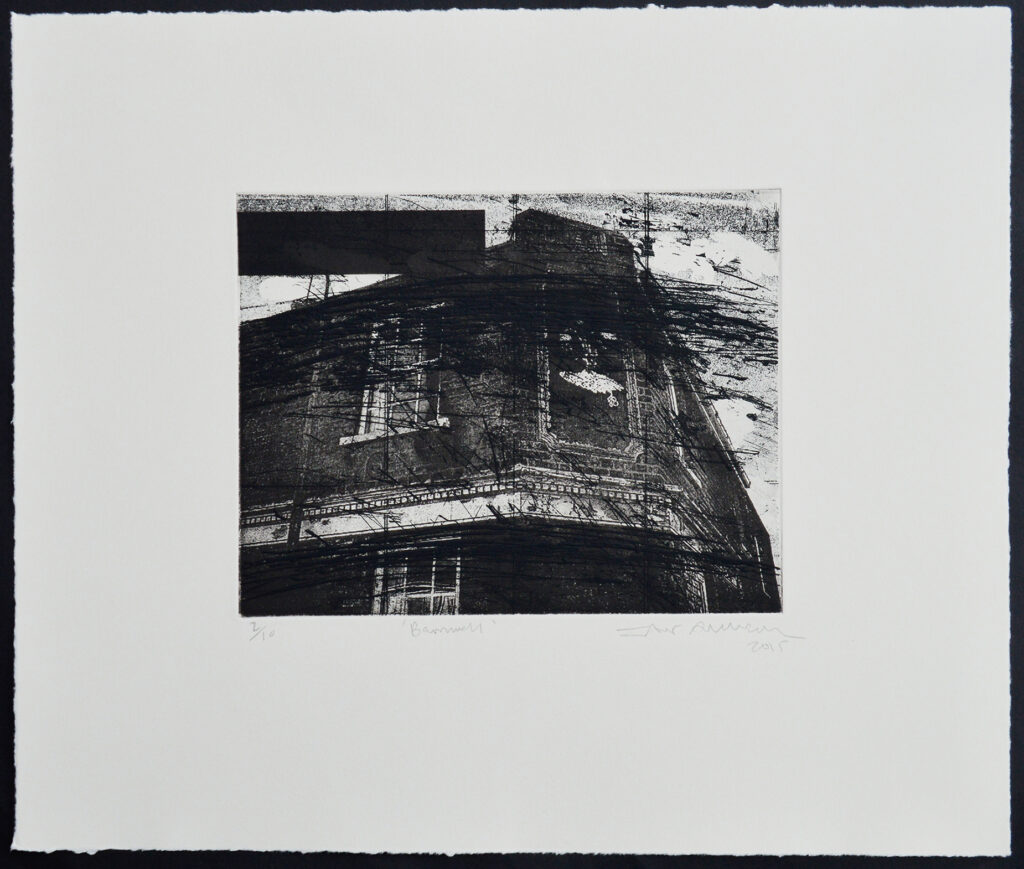 The northern part of Barnwell was where a lot of my extended family lived and the early years of my childhood are peppered with memories of River Lane, Beche Road, Stanley Road and Barnwell Road. My second film began to take shape after I came across an old photograph of the gas works entrance on Newmarket Road. This was another of those moments much like the one I experienced in South London, or an encounter with an image of the solitary, weather-stained Eden Chapel left standing in the demolished ruins of the Kite. By now I was used to having my heartstrings pulled by fragments of the past, but some moments just soar above the others and I knew this was one of them. The 1960s feel of the photograph depicting Reynolds sweet shop alongside Barnwell Florists, with an old mini parked outside the gas works gates, was enough to set me off and the floodgates of memory crashed open once again. The streets around this area were so familiar, as my brother and I would often roam around while the adults were indoors socialising or whatever they did. Whilst my mother was visiting my grandmother and great aunt on River Lane, we were allowed to go down the hill to Riverside where a line of swaying poplar trees masked the gasworks wall, or around to Josie’s fruit and veg shop on Newmarket Road where we would buy sweets or occasionally a bag of ‘monkey nuts’, as an alternative to consuming so much sugar. We would venture down to the Old Abbey pub which used to be on the corner of Beche Road and Priory Road, opposite Cellarer’s Chequer, a mysterious medieval building that was once part of Barnwell Priory. We would also visit my uncle and his family who lived on Beche Road. Other visits included trips to another uncle’s house in Stanley Road, where the garden backed onto Stourbridge Common. We would often play on the pavement in River Lane, running races between the house and the nearby lamp post, beside which a small concrete strip imprinted with a dog’s paw served as the finish line. The terrace had a intriguing passageway which led around the side of the houses, between the backyards and an old building with a collapsed corrugated roof, and out onto Beche Road. On the corner of Beche Road and River Lane a flaking wooden pub emblem adorned the upper level of the terrace above the bricked-in doorway. These details added to the mystery I associate with this place. I would stare at the gasworks wall which stood opposite the terrace, partially blocking the view of the vast gas holders that loomed behind, and in my mind I started to weave my own history in and around the features of the street and these large remnants.