3.9.1901: (Cambridge Independent Press) death of Charles Rowell: DEATH OF CHARLES ROWELL. Famous Long Distance Runner’s Chequered Career. The death occurred at his residence, in King-street, Cambridge, on Monday evening of “Charlie” Rowell, the famous long distance runner. Rowell was the son of Mr. Michael Rowell of Old Chesterton, and was born 53 years ago. From his youth onwards he was a very keen sportsman and early gave evidence of the wonderful pace and marvellous stamina, which afterwards made him famous.

About 25 years ago was in his prime, and accomplished some fine performances over distances which called for exceptional endurance. In hundred-mile runs against the clock and in six-day go-as-you-please he was seen to great advantage, and by receiving financial support he was able to carry out several successful tours in America, returning to Cambridge with a good round sum of money. He also won the silver belt presented by the late Sir John Astley three times in succession, and the coveted belt became his own property. After his American tours he gave exhibitions of running all over the British Isles, and when he finally retired from the track he was the possessor of no small amount of money. His retirement, however, brought with it adherence to the turf, and owned a few racehorses, one of which was named Jake Kilrain, after the American boxer. His little fortune, however, was soon depleted, the latter years of his life being spent in penury. Last year he was induced to train for and start in a professional Marathon race from Windsor to the Stadium, but the strain seemed too much for him. and his already undermined constitution was badlv shattered the restrictions of training, so that during the past few months a breakdown in health appeared possible at any moment.

Rowell was also greatly interested in pugilism, and trained Charles Mitchell for the latter’s celebrated fight (bare fist) with John L. Sullivan, which was decided at Apremont, near Chantilly, on March 10th. 1888. Rowell was amongst those arrested in connection with that encounter.

In his younger days Rowell was attached to one of the University boat-yards in Cam*bridge and with the brothers W and C Asplin assisted in the work of getting the Varsity and college crews boated at Winters. Rowell was also a sculler of average merit and won several races on the Cam.

10.9.1909 Cambridge Independent Press: The funeral of Charles Rowell, whose death was announced in our last issue, took place at the Mill-road Cemetery last Friday afternoon, the officiating clergyman being the Rev. D. J. Davies, curate of Holy Trinity. The principal mourners were Mrs. Rowell (the widow), Mr. M. Howell, jun., Mr. and Mrs. Chas Asplin and Mr. and Mrs. J. Cook. Among those present were Mr. J. Simpson, Mr. F. W. Goodfellow representing the Olympic champions of the world tug-of-war team, and Mr. F. Goodfellow. There were a number of beautiful wreaths. 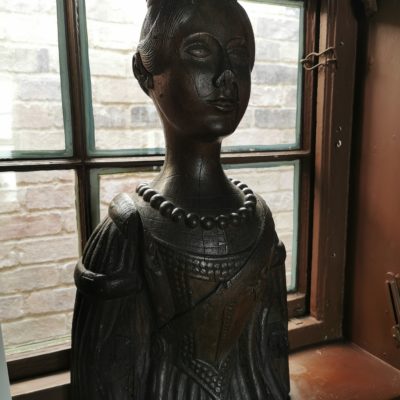