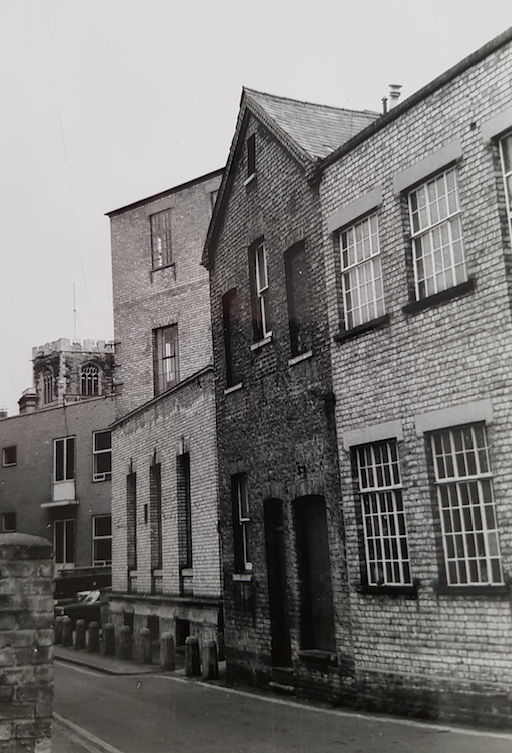 According to Enid Porter, Cambridge Street Names , St Tibba, daughter of Penda, King of Mercia, was the patron saint of falconers. 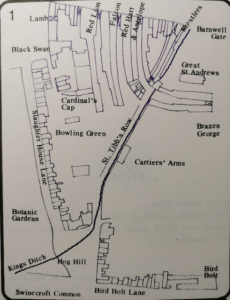 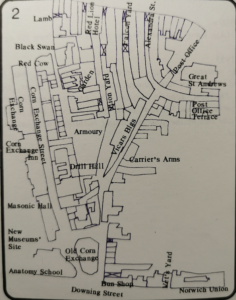 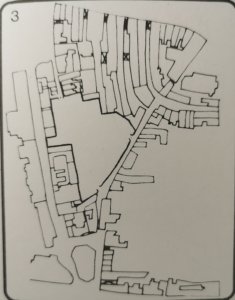 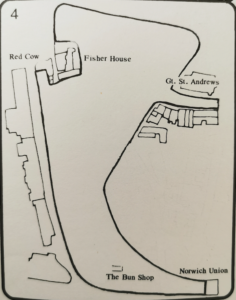 The following extract about the origin of Tibb’s Row is taken from the Grand Arcade excavation report (2019) p79.

Following the 1794 Cambridge Improvement Act (34 Geo. III), tenders were invited for ‘filling up and bridging over the King’s Ditch from Slaughterhouse Lane [Corn Exchange Street] to … Petty Cury’. By 1798 the line of the ditch was marked on William Custance’s plan as Tib Row and it appears that the ditch was no longer open but had become a street with a number of buildings situated to either side of it. Tibb’s Row then gradually developed over the course of the late eighteenth and early nineteenth centuries as a secondary occupation road, or back lane. Along the eastern side of the street, in particular, there developed a series of tail-end plots that fronted on to the laneway. Within the area of excavation itself, these plots included 1–4 Tibb’s Row, plus land to the rear of 20–21 St Andrew’s Street along with the Falcon Yard and Vicar’s Building. Discrete elements of the plots were discernible archaeologically via a series of shallow wall footings, cellars and drains , although in general the level of preservation was poor. Complementing the archaeological data, however, are several nineteenth-century photographs of extant buildings in this area).

During the nineteenth century 4 Tibb’s Row, which lay at the rear of 12 St Andrew’s Street , was in the possession of Emmanuel College. It first emerged as a distinct entity in 1856 after Robert Sayle sublet the ‘garden ground’ in this area and then subsequently leased the ‘ground in rear’. The plot measured 58ft (17.7m) wide at its frontage on Tibb’s Row and was 68ft 7in (20.9m) long. By 1858 it had been occupied by Thomas Thoday and George Clayton, builders and undertakers. In 1860 the plot functioned as a timber yard; it included a number of structures situated along the frontage along with an open yard behind, although access was via 12 St Andrew’s Street. Along Tibb’s Row there was a warehouse, a house and stables with lofts over, a as well as a counting house. Behind these were a number of less substantial lean-to buildings, including a dung pit, two gig houses, some open sheds and a stable yard. At the other end of the yard there was a nail shop. Only the central yard, the open sheds, the counting house and the nail shop were occupied by Thoday and Clayton; the other premises were split between three other tenants. In 1861 Thomas Thoday was living at No. 3 and the business employed 17 men and two boys. The firm undertook building work at Addenbrooke’s Hospital in 1864 and were involved in a development at Bateman Street and Norwich Street with Robert Sayle in 1865.

By 1869–71 Clayton had left and the business passed to Francis Thoday and his manager, Thomas Reeve. In 1871 Thoday corresponded with the Vice Chancellor concerning building work, and by 1874 the plot had undergone significant changes. It was now entirely occupied by Thoday and the access from No. 12 had been sealed; entry was now gained via a gateway on Tibb’s Row. The former buildings along this street had also been demolished and replaced by a single structure that was split into four parts and used as a stable, cement house, plumber’s shop and office. Attached to the rear of this building was an open-sided wood shed and to one side of that there was a dung pit. Lying to the south of the open area was an open-sided timber shed containing a saw pit, while at the eastern end there was another open-sided timber shed with a workshop over. In 1877 Thoday was involved in the construction of King’s College chorister’s school and he leased a plot in Petty Cury from 1886 to 1890. At some point between 1874 and 1881, however, Thoday left 4 Tibb’s Row and the builder’s yard was converted into a public house. By 1881 the Carrier’s Arms was occupied by brewer and publican Edward N. Marshall; his wife Emma took over in 1891–95. 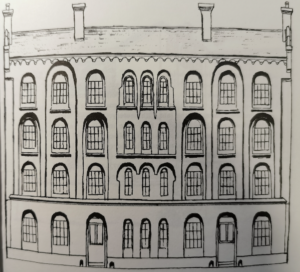 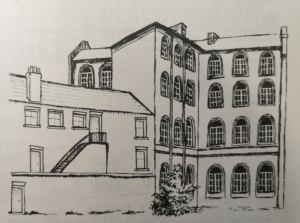 Back of Vicar’s Buildings: drawing by Slim Smith from The Lion Yard (1974)

Vicar’s Buildings were built by Rowe, the City Surveyor, to house the very poor, who were crowded into the rotting galleries of the falcon Inn. The ‘Vicar’ was the Vicar of Great St Andrews. Unfortunately these model dwellings were too expensive for the poor and one of the printing firms in the area took some of the buildings as its works, known as the ‘Arliss (Press) Building.’ The rest of the building was used before WWI by the police, to house prostitutes under supervision. It was probably the largest single building in Cambridge after King’s College Chapel before the 1960s. (The Lion Yard, Cambridge History Agency, 1974) 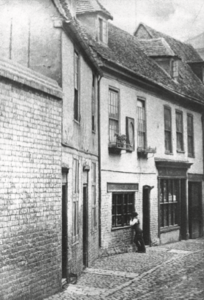 The Cambridge Scientific Instrument Company moved to St Tibb’s Row in 1882 from premises in Panton Street.

The former workhouse of the parish of St Andrew the Great stood at the south end of St Tibb’s Row. It is described in 1959 Royal Commission on Historical Monuments Survey of Cambridge. 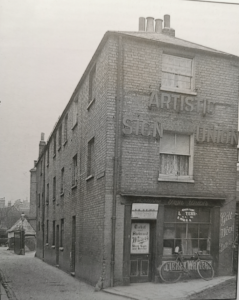 The workhouse was erected in 1829 and after Poor Law Reform in 1836 was used for the reception of about 30 married couples and aged women. In 1838 it was bought by a shoeing smith. (Vanishing Cambridge, Mike Petty)

Back entrance to Sayle and Co

Her father Albert Victor Wright, b. 1886 near Newmarket, was the son of Henry, a house painter. In 1911 Henry’s family was living in Cambridge at 8 Doric Street and Albert was a railway porter.

Her mother, Margaret Watson, was the daughter of a police sergeant from Wisbech. In 1911 she was in service at ‘Stratherne’, Hills Road. The couple were married in Cambridge in 1924. 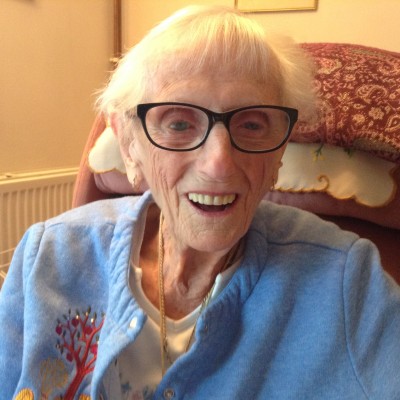 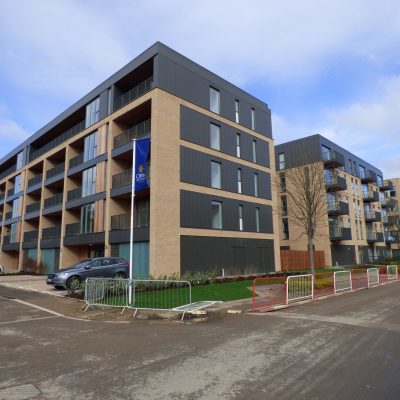