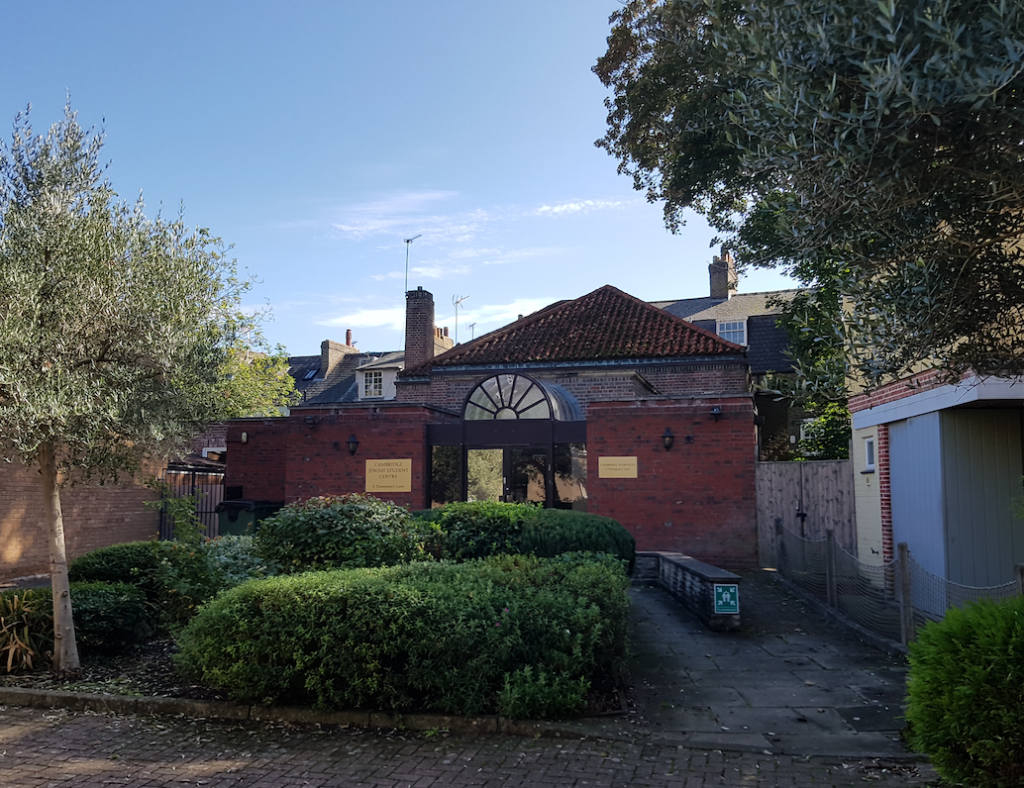 T E Faber’s Intimate History of St Clement’s Parish is the source of the early history of this site.

The Synagogue Site is that marked on the map as (4). There is a complex early history which begins with two deeds in the possession of Corpus Christi College which probably date from before 1250. They both record a grant to Durrant Harflet by John, son of Adeline. The 2d rent was later assigned by John son of Adeline, John Manistrong, to the Hospital of St John’s. It seems likely that Adeline once held the whole of (4) and a small part of (5) and he divided his land between his two sons, John and Joachim. the two brothers went on to develop the land together. 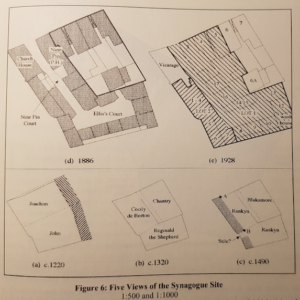 By the second half of the thirteenth century, the whole of area (5) was held by Richard Laurence mentioned in the Hundred Rolls.

1318: remains of Laurence’s estate including part of (4) granted to to William and Margaret de Lolleworth by John de Sutton  clerk. the land ownership history is very complex. An entry in the St John’s Hospital’s rentals for 1356 could suggest that Lolleworth had granted his property to the Hospital by this time.

A Hospital rental from 1484/5 shows a payment of 2s by John Robysonson for what appears to be this land. In 1490/1 this becomes 20d from Alexander Scott. In 1508/9 another name, William Cappe is paying the rent.

From the earliest accounts of St John’s College in 1526, faber concludes it was Thomas Howlyng, cousin of Jeffrey Rankyn, who paid rent to the college from 1526-1546. This rent of 20d appears in the rental of 1555-7 against the names of John Ventris and ‘Syr’ Gotobed. Gotobed was buried in St Clement’s in November 1573; Ventris or the heirs of his son Ralph paid the whole 20d again up until 1609/10.

The 20d rent was paid by Hugh Jones the younger, tailor, from 1610/11 to 1620/21. This was not the only landholding Jones had in the area. It was a condition of Jone’s lease that he should cut down the trees on the site and build a house on it within ten years.

Jones didn’t build the house. This was done by Thomas Atkinson II who was rent the property in 1621/2 and who was granted a lease of the ‘newly builded’ structure in 1627.

Four cottages seem to have been built quite soon after 1627, probably by Thomas Atkinson II.

1661: it is possible that the inn, The Nine Pins, was newly built in this year at the site of no.3 Thompson’s Lane.

1790: house and garden described in a conveyance to James Elger. The house itself then measured 37 ft 6 ins and 40 ft along its east and west sides respectively and 18 ft along each end. These are the same as those of ‘Church House’ in 1886 and ‘Vicarage’ in 1928. Although it is described in early leases as a house rather than houses, it was provided with two basement kitchens and two staircases and must have been planned from the start to be divisible.  This when St John’s sold the freehold to James Elger, a James Johnson, the predecessor of Robert Ellis as parish clark, was living in one part. Right until the end of the 19th century there were invariably two families living there.

1884: an appeal on behalf of the Church House printed over the name of Edmund Wood, then curate of St Clement’s. This paid for major changes to the building including the removal of a partition wall at ground floor level.

1891: named ‘The Vicarage’ and Edmund Wood living there on  his own.

1909: James Wood buys Nine Pins. then replaces no. 11 with communal washhouse and converts 14 & 15 into a single cottage.

1928: James Wood’s executors put his estate up for sale.He had been a barrister and T E Faber says that his interest in Ellis’s Court was probably for antiquarian and philanthropic reasons. James’s block of property put up for sale in two lots but both bought by Mrs Maude Gray.

1931: The Vicarage offered for sale in October 1931 bought by Henry Kittridge, a confectioner. Most of Lot 2 and the whole of Lot 1 were sold to trustees acting for the Cambridge Jewish community.

The original building by Hersch and Eprile 1937 is now hidden behind a front extension. There has been a Jewish community in Cambridge from at least the 13th century. 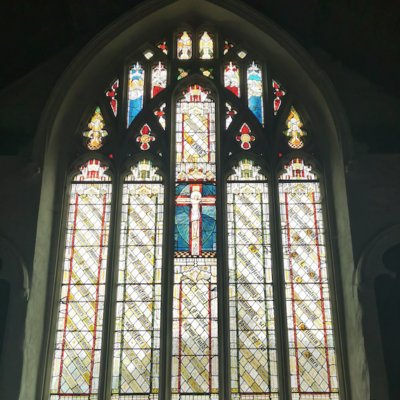 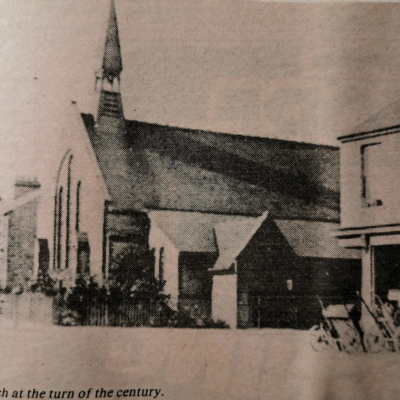