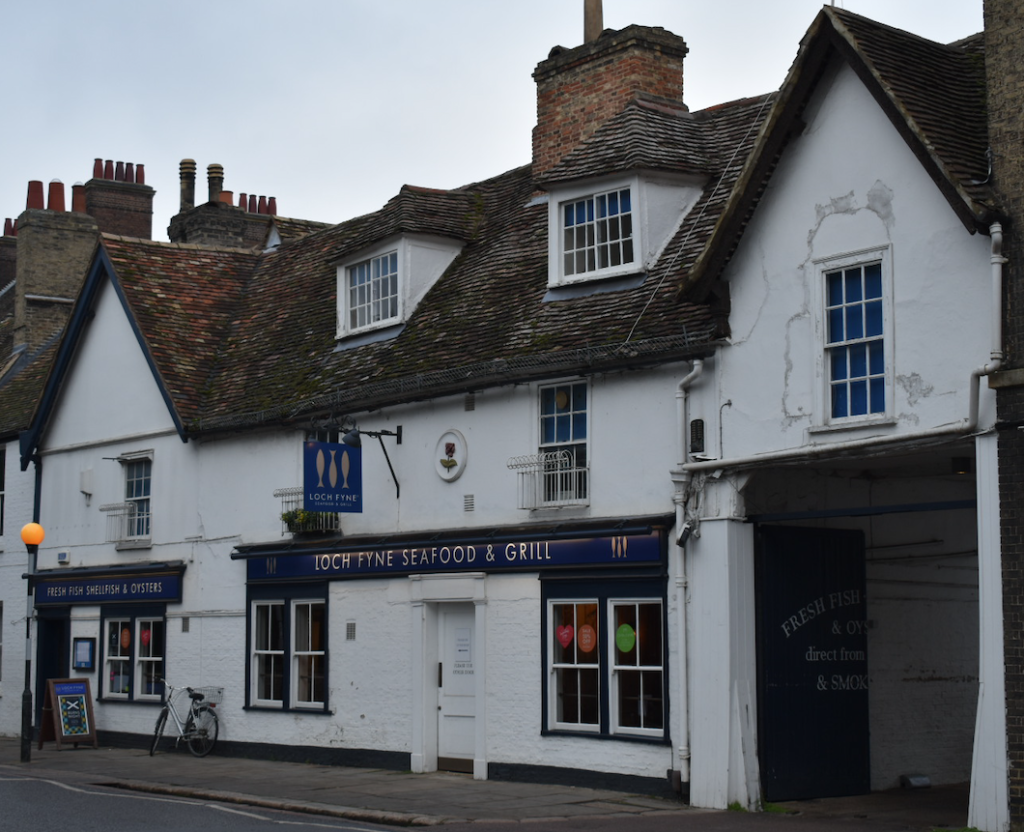 Royal Commission Survey of Cambridge 1959: long rectangular range bordering the street was built in the 16th century; the structure includes a gabled N bay, now in separate occupation, and a gabled S bay containing an open carriageway… Inside, chamfered cross and longitudinal ceiling beans with plain and geometrical stops are exposed on the ground and first floors … some reset fragments of panelling of c. 1600 remain in the inn.

Mentioned by Pepys, the Little Rose was a stopping place for country carriers. 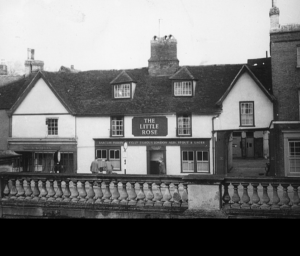 John Tunwell, landlord. The pub was the departure point for carriers going to Thriplow, Shepreth, Ickleton, Melbourn and Bassingbourn.

It was in the 1930’s the meeting place for two undergraduate clubs. The ‘Little Rose Club’ is exclusively for Saloon Bar Undergraduates, the ‘Bluffers’ being open to anyone who drinks in the Public Bar.

The activities are trivial enough, but the ideal is spreading friendship around the world. Members wear a special tie and before the war any undergraduate coming into the Saloon not wearing the tie was either asked to join, by standing a pint all round, or else to go into the Public Bar. [Varsity cutting posted on Mike Petty Fenland History]

Some knew him as the rudest landlord in Cambridge. He would not stand any nonsense from undergraduates and would turn the soda syphon on them if they were cheeky. But he had a lot of patience with motorists who frequently got their cars stuck in the runnels of the conduit at the side of the road. He kept a plank in the pub to enable drivers to reverse out of the conduit. In 1955 Harry Bond’s daughter Evelyn embroidered the signature of all the regulars at the Little Rose. The tapestry still hangs in the pub today. 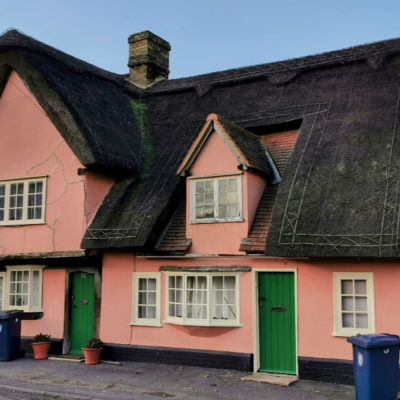 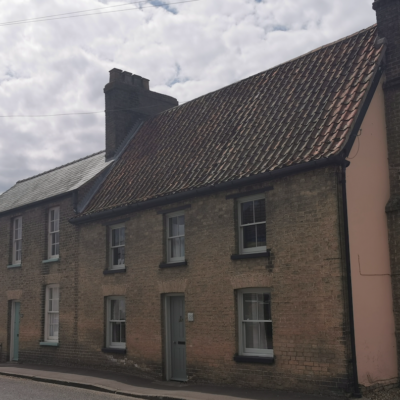