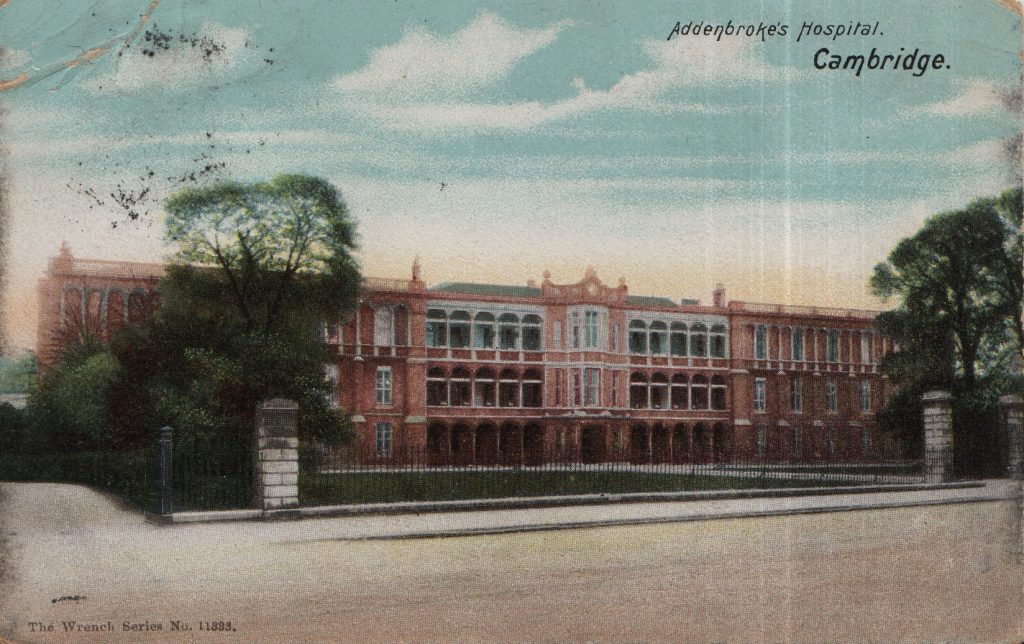 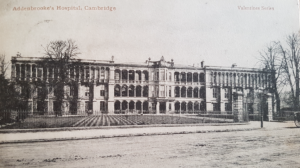 Part of the original building of 1740 survived in incorporated in the 19th century additions. John Addenbrookes (died 1719) left £4,500 to found a hospital; land was bought in 1728 and building began in 1740. (See 1959 Royal Commission on Historical Monuments Survey of Cambridge) 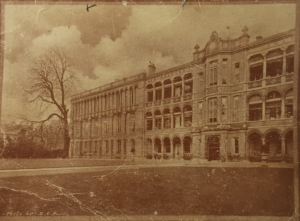 1766: two cottages next to hospital purchased and converted into kitchen

1843: (Romilly’s Cambridge Diary March, editor’s note) People who subscribed two guineas or more annually became governors of the hospital and could recommend patients according to the amount of their subscription.

1899: steam laundry erected on south side

1902: Victoria and Albert colonnade fitted up for open air treatment of surgical tuberculosis

CDN 1.10.1902: A fire broke out in the women’s ward at the top of the left wing of Addenbrooke’s Hospital. In a very short time the flames secured a firm hold and the unfortunate patients had to be removed.

1906: Another fire accurred at the hospital.

Press 24.5.1912 : Mrs H. Bonnett of Lensfield Road has offered to build, equip and endow a Clinical Laboratory for the benefit of Addenbrooke’s Hospital as a memorial to her son, the late Mr John Bonnett, who was for many years secretary and legal adviser to the Hospital and one of its most earnest advocates and supporters. It is not often that such a generous, one might almost say princely, benefaction is offered for such an invaluable object. It is a most generous gift at a time when the Governors are about to decide on plans for a new Children’s Ward and out-patients’ department. 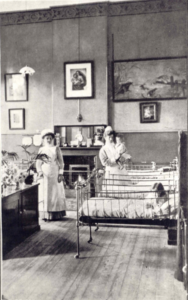 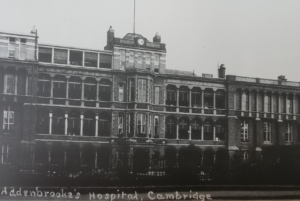 General information about the Old Addenbrooke’s site can be found on Wikipedia. 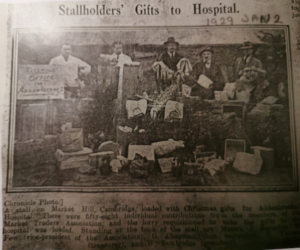 1932: The Duke and Duchess of York opened new wards including an X-Ray clinic.

Once the NHS was created, Pamela Knights moved from her work for the Maintenance Fund and started work as a receptionist in the orthopaedic unit at Addenbrooke’s:

Her work at the hospital brought her into contact with wounded and convalescing servicemen: 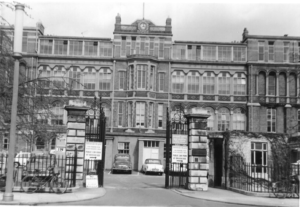 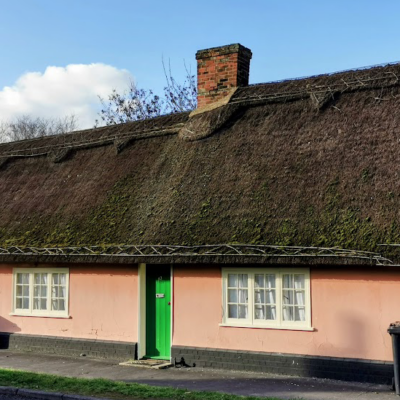