By Source, Fair use, https://en.wikipedia.org

History of the Leys School

Pevsner’s Cambridgeshire notes that the school was:

‘founded by Methodists in 1875, The Leys is Cambridgeshire’s chief expression of public school architectural tradition. But at the heart is a villa built probably in 1815 (now Headmaster’s House).’

Royal Commission Survey of Cambridge 1959: the Leys School, headmaster’s house …. the land was enclosed in 1811; the house is traditionally dated 1815, which is possibly on stylistic grounds, and shown on R G Baker’s map of 1830. …. inside many original fittings survive….

There is a Wikipedia entry on the school. 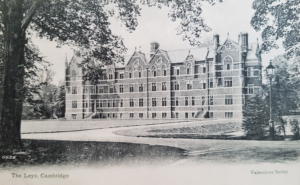 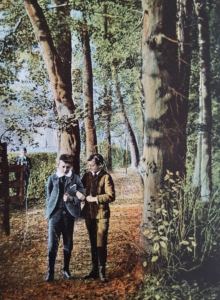 In the grounds of Leys College 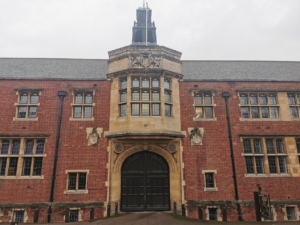 Jack Overhill records in his diary for 4 May 1941:

I saw sheep and baby lambs on the playing field of the Leys School, now an annexe of Addenbrooke’s Hospital, this morning …

The HQ of the 60th Cambridge (Leys School) Scout troop which met in a Leys school hut.