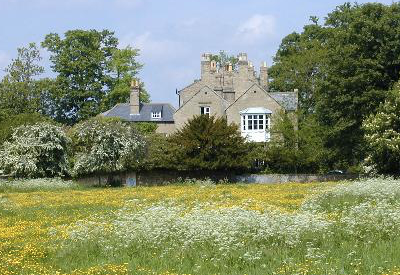 Vine Cottage was designed by the well known architect Anthony Calvin in 1857. The house was built on to an existing cottage at the rear. It was built for and first occupied by professor William Selwyn. It used local brick and Welsh slate but the junction between the house and the neighbouring terrace is odd. The coach arch through the terrace adjacent to the arch perhaps suggests that the terrace was intended to be longer and symmetrical. (See Cambridge City Planning Committee report 24/8/2011)

Walk on Hills Road: breakfast with the Selwyns in their new house: only the Study habitable at present. His editor writes: The Selwyn’s new house, 6 Belvoir Terrace, was and still is called Vine Cottage, though by no means a cottage. It is free-standing beyond the Belvoir Terrace archway.

A H Mathison, visitor, 40, living on own means, b East Indies