In 1887, John WEBSTER (b.1842 Swavesey) of 2 Holland Street was granted permission to build a house on Plot 125, Belvoir Road, De Freville Estate.  In 1898 his son, Alfred James (b.1871, 2 Gloucester Road Cambridge), a postman appointed through the Civil Service Commission in 1892, is recorded as owning a house “in the course of erection”.

In 1881 the Webster family are living at 1 Warrens Yard.

In 1891 the Webster family are living at 2 Holland Street.

Between 1901 and 1904, Alfred is living at Belvoir Cottage, East Side of Weston Terrace, Belvoir Road, De Freville Estate.  Then in 1907 this address became Belvoir Cottage 22 Belvoir Road.  By the 1911 Census the address had become 26 Belvoir Road.  According to the Cambridgeshire Archives the addresses are slightly unusual as they appear to have been divided into East and West Side. It would appear that the first phase of houses had only just been constructed by 1901 and only a few had been given numbers according to the Spalding’s Directory. By 1907 there are many houses listed for Belvoir and all are now numbered. Alfred’s house is just listed as ‘cottage’ until 1907 when the number 26 is added. Perhaps the houses did not receive their finalised numbers until the estate was completely finished. 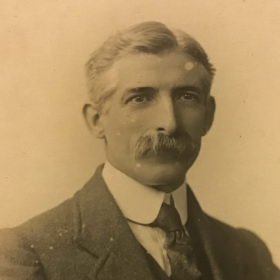 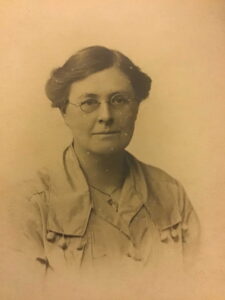 Alfred was still a postman, as he was all his life (by 1939 he had retired), and was living with wife Emily (m. 1899, nee MEDLOCK b. 1872, Victoria Road, Cambridge).  Son, Cyril Alfred, was born there in 1901 and unfortunately brother, Sidney John (b. 1904) died there in 1907.  Cyril was a debt recovery clerk of R W Debit Recovery Agents in 1921, still living at home, although by 1925 he had moved away from home and was living in 115 Burrell’s Walk as a clerk in the Cambridgeshire’s County Court. He later went on to live at 48 Belvoir Road between 1934 and 1939.  Emily’s niece, Hilda BETTERMAN (b. 1904 Kensington, London), was also living here in 1921; recorded as a stationer assistant working for Weatherhead and Sons, Stationers and Newsagent.