The ennumeration and identification of properties in this part of the High Street is tricky: by the end of the 20th century they had all been demolished, and even after 1913 significant renumeration of the properties took place. No. 81 survived; a large house which helps estimate the approximate position of the buildings to the west and east of it. 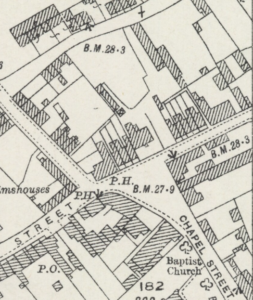 In 1901 the Morley family had been living on Rushbrook Farm, Preston, Suffolk. Julia, aged 36, was already a widow and is described as an employer farmer. Her husband, David Dan Morley had died in April 1898. In 1891 Julia was living with her family at 4 Claremont. Interesting, at the time of the census, David D Morley, 25, farmer’s son from Suffolk, was visiting. 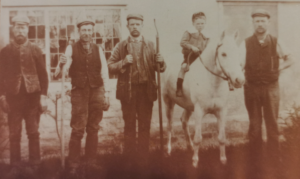 Dan Morley on the farm where he grew up in Suffolk

Dan Morley seems to have joined the Cambridge Regiment. 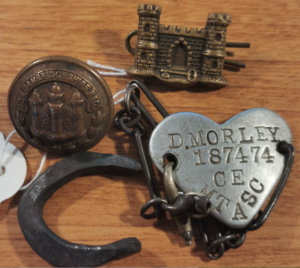 The records show that he transferred from the  army to the RAF in July 1918 and was assigned to the Cadet District Deport as a motor driver. 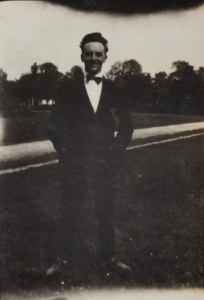 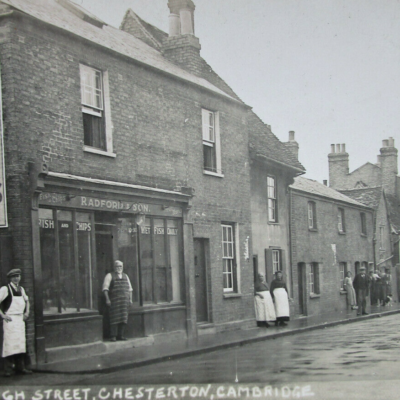