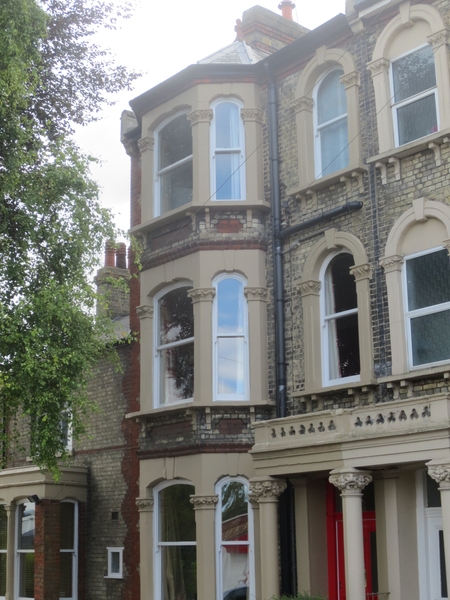 Vale house was one of the earliest large houses in this part of Cherry Hinton Road. The first occupants recorded in 1891 were Henry Charles Squires b 1851, solicitor, and his family, Charlotte, son Charles, 2, and their cook Jane and nurse Mary.

Henry was born in Cambridge, son of Frederick, a French polisher and in 1851 the family was living in Gothic Street. (This was one of several squalid streets behind Lensfield Terrace that were removed in the slum clearance of the mid 20th century.) The father died in 1854 and in 1861 Henry living with his mother Martha, a milliner and dress maker, and younger brother, at the Spread Eagle public house in Lensfield Road. By 1871 the family is at 23 Panton Street where the mother Martha is still a dressmaker, Henry is a clerk in a solicitor’s office and his younger brother is a clerk in the Town Hall. The fortunes of the family have increased by 1881 when Martha is described as an annuitant and Henry is a law student at Downing College. (Martha appears to have remarried and been widowed again since the last census).

Henry was admitted solicitor in 1886 and founded the firm of Messrs Squires and Co. 11, Peas Hill. His wife Charlotte was the daughter of Sir Charles Todd, Postmaster-General of South Australia.

Alice Squires volunteered for the Red Cross in 1915 as a ward help. In 1917 she went to France as a nurse in a military hospital.