A warm welcome to Gypsy Roma Traveller Heritage in Cambridgeshire

Gypsy Roma and Traveller History Month (GRTHM) was established in Britain in 2008 as a way of raising awareness of these communities and their contributions to society.

This Cambridgeshire Archive and Resource has been created to:

As far as the traditional Travelling communities are concerned, Gypsy status is ascribed at birth.  It is impossible to become a Gypsy and impossible to stop being one.

A strong emphasis on family values, self employment and the nomadic tradition also distinguishes the Travelling communities. In law Gypsies, Roma and Travellers of Irish heritage have legal status as ethnic groups under the Equalities Act 2010.

The UK Romany community, it has been suggested by historians, originated from Northern India and travelled via Persia (Iran), Eastern, then Western Europe to arrive in England at the turn of the 16th Century. The term Gypsy comes from “Egyptian” which is what the settled population perceived them to be because of their dark complexion.

It was the linguistic analysis of the Romani language that proved that Romany Gypsies, like the European Roma, originally came from Northern India, apparently first leaving  around the 12th century. French Manush Gypsies have a similar origin and culture to Romany Gypsies. The Romani language has similarities with Urdu (called Hindustani previously) and, some have claimed, Sanskrit.

Traditionally, Irish Travellers are a nomadic group of people that originate from Ireland and have a separate identity, heritage and culture to the community in general. An Irish Traveller presence can be traced back to 12th century Ireland, with migrations to Great Britain in the early 19th century.

Prof. Gianpiero Cavalleri, Royal College of Surgeons in Ireland, completed research on the genetic origins of Irish Travellers in 2017. This study demonstrated that the Irish Travelling communities are a distinct ethnic group, different from the settled Irish community.

Other groups of Travellers include:

The GRT communities have played a massive part in agricultural industry for the last five centuries. Their contribution to this sector, cannot be overstated, in the East of England has the largest GRT community in the UK, and the largest agricultural Gross Output of any region in England.  In January 2019, Cambridgeshire alone had 9,440 caravans, that is 42% of all caravans nationally (all Traveller communities, not just English Romany). Although agriculture remains a major employer, the community are involved in many other industries, including: landscaping, gardening, laying tarmac, motor trading, scrap metal dealing and tree felling. It is also common for Gypsies and Travellers to be employed as teachers, academics and public sector workers, and in the entertainment industry. Not all people with Traveller origins live in Caravans these days.

GRT culture is integral to modern British culture.  Many words from the Romani language are used in modern conversational English.  Fashion is strongly influenced by Traveller culture. Social and leisure activities such as circuses, fairs and carnivals were led by Traveller communities. Music, performance and entertainment have generally have all had significant contributions from traveller communities.

Some of this information is taken from The Traveller Movement 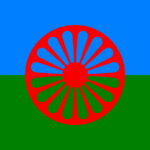 Add your story: If you have a GRT story to share we would love to hear from you – please email Ariadne Henry at Cambridge City Council Ariadne.Henry@cambridge.gov.uk