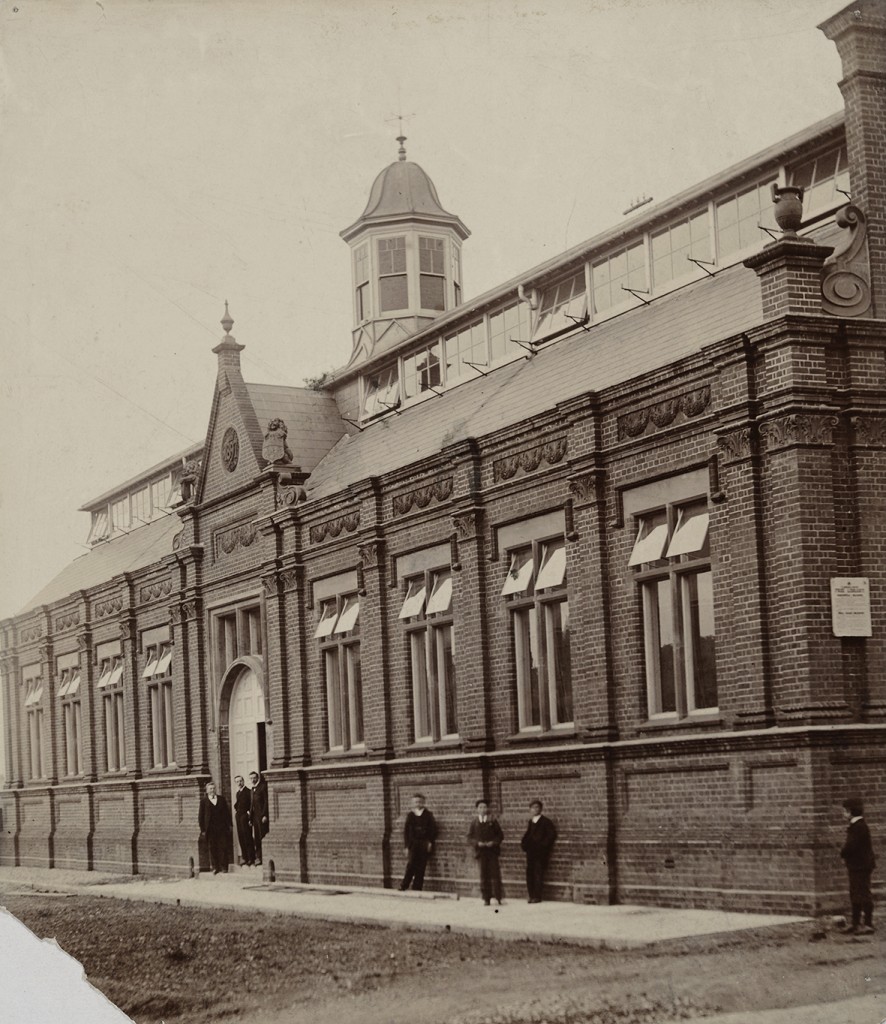 One of the many fine Victorian buildings which still survive on Mill Road is the old Branch Library, which opened in 1897.

From books to Bhajans

Since 1998 the Indian Community and Cultural Association (ICCA) have made this special building their home and created a Holy Hindu shrine within its walls. The old library building has made a fascinating transition from books to Bhajans, a Hindu song or hymn. 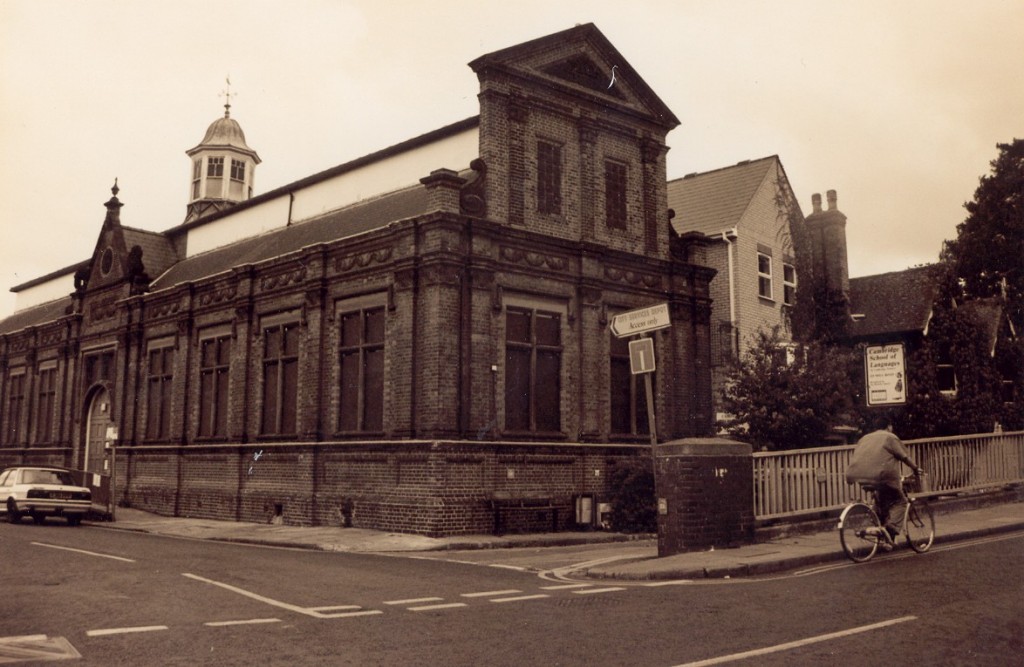 Lending libraries existed in Cambridge from the 18th century as private members clubs. The earliest was probably the Bull Book Club, founded in 1748, which met weekly and had a library of over 2000 volumes. With the passing of the Public Libraries Act in 1850, local authorities were able to finance free public libraries out of the rates. Cambridge was the seventh town in England to implement the new legislation, opening its Town Library in 1855.

The Town Library was a great success, under the guidance of Mr John Pink, Cambridge’s first librarian; a post he was to hold for more than 51 years. Public pressure mounted for a branch library in the expanding Barnwell district of Cambridge. A low-roofed tile shed off East Road opened in 1875 as the Barnwell Reading Room. But soon plans for a more suitable home were made.

The Barnwell area of Cambridge was growing, and by the late 19th century it was estimated there were around 12,000 people living there. A site on Mill Road was sold to the Town Council for 10 shillings by the Guardians of the Poor. Architect Frank Waters of Sidney Street, Cambridge, produced the designs for the new building at a cost of £128. It was built in red brick by local builder Coulson & Lofts for a cost of £1,619, with a further £80 spent on fittings. 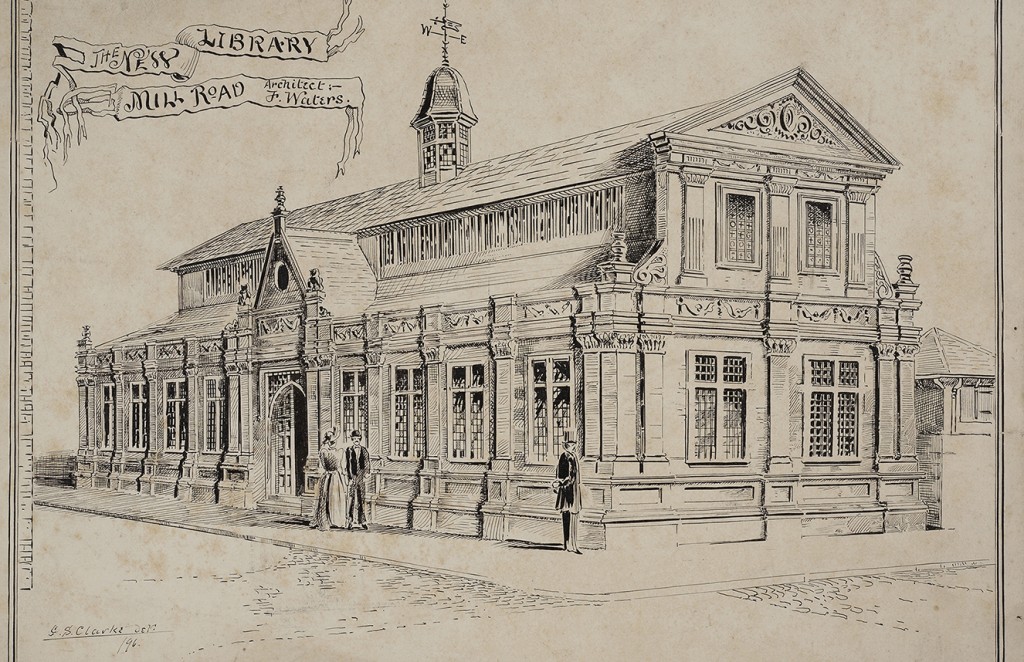 The Mill Road Branch library was officially opened on Wednesday 2nd June 1897, by Mayor Horace Darwin. The Cambridge Chronicle newspaper described “a light, handsome building … admirably constructed” in red brick and Mansfield stone, topped with an octagon cupola with amber glazing. It also reported on the opening ceremony where 270 local dignitaries attended a buffet and art exhibition. The building was decorated with fairy lamps and coloured lights spelling ‘VR’ in a crown, in honour of the Queen.

A poster of 1897 described the new building as, “One large room, one half forming the Reading Room and the other half the Lending Library. Every provision has been made for the comfort and convenience of borrowers and readers, and separate tables are set apart for the use of the ladies.”

The main room was divided into a Reading Room, with magazines and periodicals, and a Lending Library. The first Librarian, Mr Henry Robinson, was paid £65 per year, with a deduction of £5 for the cleaning. The library was open Monday to Saturday. Books were issued to borrowers either to read in the reading room or to take home, and in its first year it is recorded that 19,052 books were borrowed. 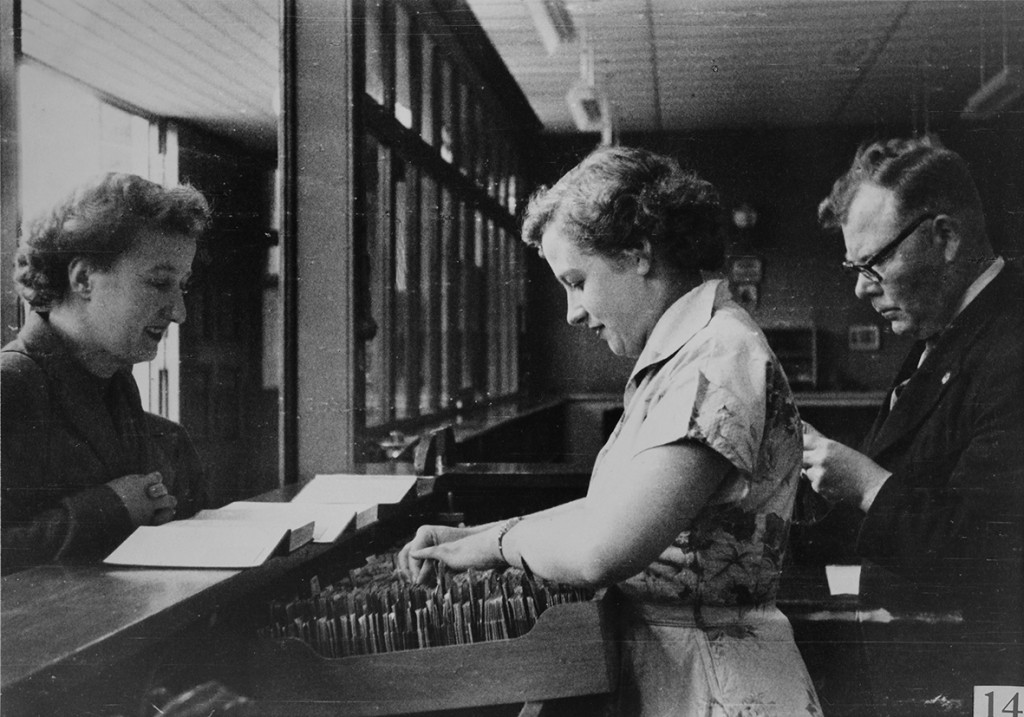 A century of reading

From the outset, Mill Road Library was well-used by the local community and was open over 50 hours each week. It was not until 1923, however, that an open access system was introduced, whereby borrowers were free to browse the bookshelves. Before this, books had to be requested by the borrower, who consulted a catalogue. During World War Two, the Library was closed during ‘black-out’ and narrowly avoided a direct hit when bombs were dropped near Mill Road Bridge in January 1941. Yet, by the end of the war the number of books issued had risen to 158,000 per year.

Photographs taken in 1955 show changes to the interior, most noticeably a false ceiling to lower the heating costs. Also shown is the issue desk and the evidence of the old manual system, where borrowers’ library cards were set in long wooden issue drawers, which many people fondly recall.

Many local people have fond memories of regular visits to the library as children. As far back as 1903, Mr Pink established a very popular evening reading room for “clean and well-behaved children”. Local Cambridge author Fred Unwin called the Library ‘My University’, a title which was later used by Dr Henry Tribe in his history of the building.

From the late 1960s there were reductions to the opening hours of Mill Road Library and years of debate as to its future. A report of 1971 found extensive repairs and modernization were needed. However after 1974 the library service was due to be transferred to the new County Council. In spite of fierce local opposition, the library finally closed its doors in March 1996. The building was used for three winters as a night shelter for the homeless for the charity Winter Comfort. Local groups bid for a long-term lease, and in 1998 the Indian Community and Cultural Association have were confirmed as the new tenants, and so began a whole new chapter for the building.

“My first memories of it were when I was taken to become a member, by my father, when I was seven. My first impressions were not good. It was very dark inside with the wooden shelves and very little outside light filtering through. The shelves were full of books with no brightly coloured sleeves. None of this deterred me from borrowing books. At that time you had your own individual ticket into which the slips from the books which you were borrowing were placed. The other thing that struck me was how quiet it was. You could literally hear a pin drop as everyone was talking in whispers. I took full advantage of the reading room where I was able to read the comics ‘Hotspur’ and ‘Champion’ which I was not allowed to have at home.”  Mr Peter Wright

“I used the Mill Road Library till I went into the RAF for National Service. I remember ‘old men’ reading newspapers and keeping warm in the reading section. Now I’m the old man and have to travel to the Central Library for my books. Things don’t change!”  Mr Derek Wilkin 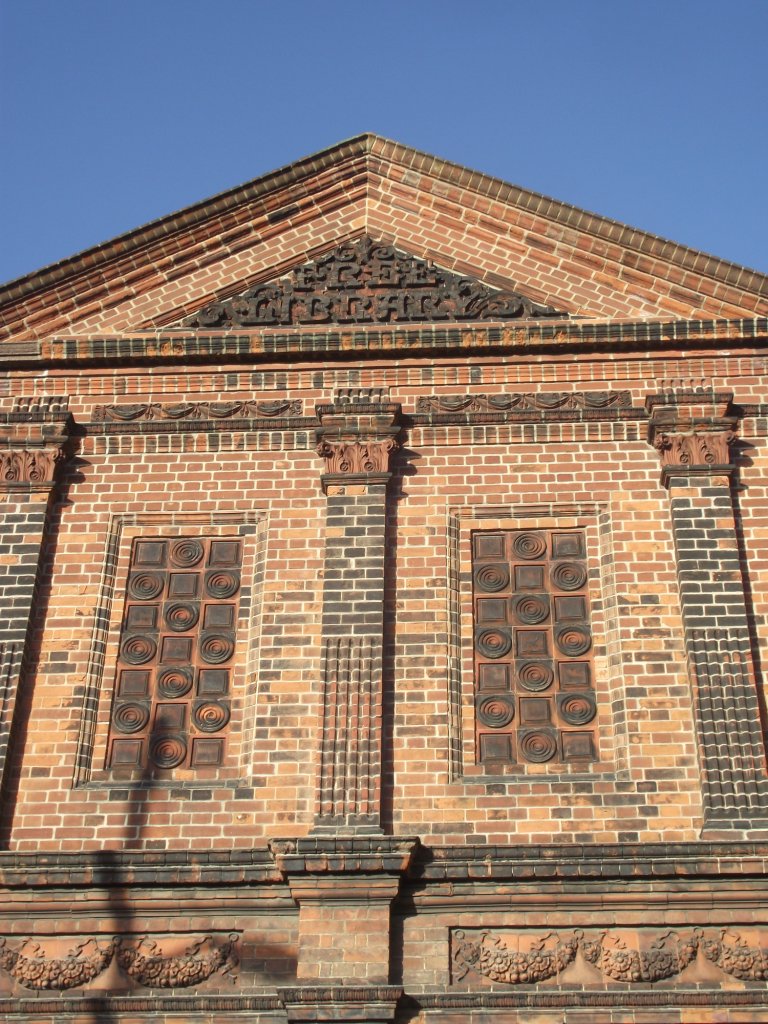 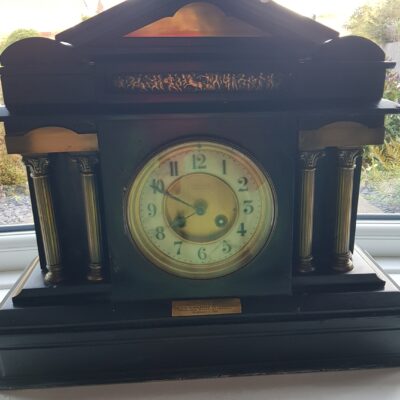