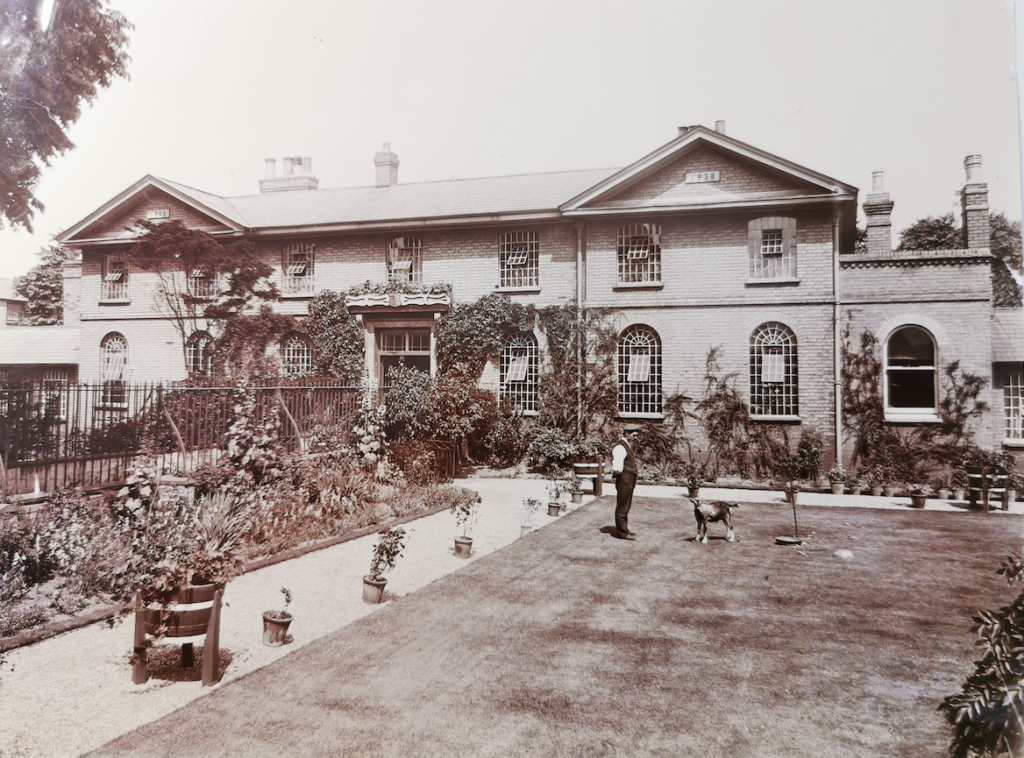 According to 1959 Royal Commission on Historical Monuments Survey of Cambridge the original building was of two storeys. In 1836 the Poor Law Commissioners ordered that the fourteen parishes of the Borough should be united for the administration of the laws for the Relief of the Poor. Only six of the existing parochial workhouses were retained and a new Central Union Workhouse was designed to take 250 inmates. Designed by John Smith, occupied in 1838, the site cost £480.

A detailed description of the Cambridge Union Workhouse can be found:

An archaeological report relevant to this site can be found: 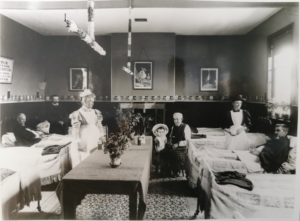 Cambridge Union Workhouse: The Men’s Infirmary was supervised by Mrs Hosegood and a nurse. A younger visitor was welcomed to brighten up their day. 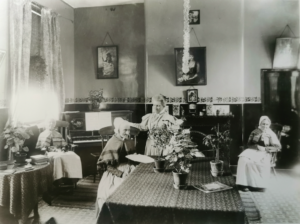 Cambridge Union Workhouse: Mrs Hosegood maintained a tidy and bright Aged Women’s Day Room. Here she is chatting to an elderly inmate in the room. Plenty of reading matter was provided including copies of the magazine, Philip’s Paper. 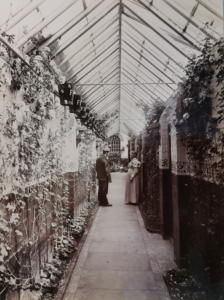 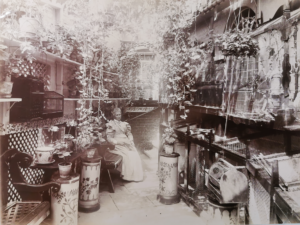 Cambridge Union Workhouse: The Conservatory leading to the Master’s Apartment 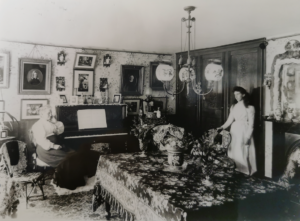 Cambridge Union Workhouse: The interior of the Master’s Drawing Room. Mrs Hosegood is seated at the left. 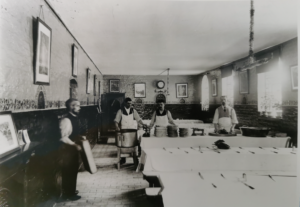 cambridge Union Workhouse: Mr Luke Hosegood prepares to carve the dinner for the inmates in the kitchen. The scales ensure each person has his fair share of meet.

The Hosegoods of the Cambridge Union Workhouse

Thomas Luke Hosegood was born in 1831 at Poughill in Devon. His wife Mary Ann was born in 1830 at Carisbrooke Castle in Hampshire and after their marriage they moved to Dunkwell Abbey in Devon where two of their sons, Thomas Luke and William Henry, were born.

By 1870 they had become responsible for the running of the Cambridge Union Workhouse in Mill Road. Luke Hosegood, a cousin, was employed as schoolmaster.

The Workhouse was home to over 160 inmates, some of whom were lunatics, and strict discipline was enforced. The Punishment Book (held at the County Records Office) lists whipping and solitary confinement as penalties for offences such as ‘assault with a knife’, attempted ravishment’, drunkenness and theft.

To serve the fourteen parishes of Cambridge and maintain their poor, the Workhouse was built in 1838 at a cost of £480. The original layout consisted of four courts with porter’s lodges, tramps’ cells, bedrooms and offices, master’s and matron’s rooms, day rooms, dormitories, baths, workshops, chapel and mortuary. It was immediately found to be inadequate in size and extensions were made.

At 3 am on the 8th April 1883, a disastrous fire broke out in the infirmary and, but for Mr Hosegood’s prompt action, many lives would have been lost. He checked his list of inmates and found that four were missing. he entered the smoke-filled room and saved three at the first attempt. The fourth, ‘a very decrepit old man’, lay helpless among the bedsteads and Hosegood, groping on the floor, pulled him out. For his gallant action, Luke Hosegood was presented with a testimonial and £5 by the Royal Society for the Protection of Life.

The Hosegoods continued as Master and Matron of the Workhouse until their retirement in 1913. 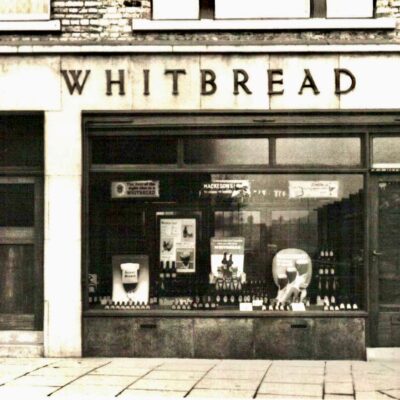