[John was previously living with his parents at 18 Broad Street]

John enlisted with the Cambridgeshire Regiment and was called up in 1916. He was killed in action on 26th September 1917 on the first day of the Battle of Polygon Wood.

PTE. J. C. BROOKS—Mrs Brooks, of 2, Eltisley-avenue, Newnham, whose husband, pri­vate J. C. Brooks of the Cambs. Regt., was unofficially reported killed, has now received official notification that he has been missing since September 26th. Pte. Brooks, who was 38 years of age, and was formerly at the University Press, joined up in July, 1916, and has been out in France nearly a year. Mrs. Brooks would be glad of any information con­cerning her husband from anyone who was with him on that date. She wishes to thank all kind friends for expressions of sympathy in her trouble. Mr. and Mrs. Brooks and fam­ily, of City-road, father and mother of Pte. Brooks, also wish to thank friends for the sympathy extended to them. (Cambridge Independent Press, 2 November 1917)

PTE J. C. BROOKS—Mrs Brooks, of 2, Eltisley-avenue, Newnham, has received official news that her husband, Pte. J. C. Brooks, of the Cambridgeshire Regt., was killed in ac­tion on September 26th. He was originally reported missing. Pte. Brooks, who was 38 years of age, joined up in July, 1916, and went out to France on Nov. 27th of the same year. Before enlisting he was at the University Press, where he had been employed since he was a boy. He had played football for the University Press team, and was also well known as a runner, having run for the Albert Institute Harriers in the North of Thames Cross Country Championship and local cross-country events. (Cambridge Independent Press, 11 January 1918)

Mary Eugenie remained in Eltisley Avenue though she moved to number 28. 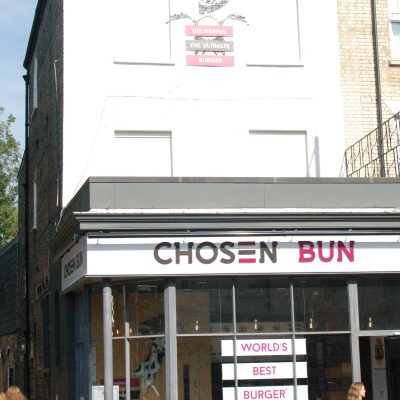