Betty Nicholas (nee Hayward) has lived in Cambridge for most of her life. Her childhood was spent in Newnham where she went to school in the 1930s at Newnham Croft Primary School,  then secondary school at Chesterton College. She worked at Boots on Chesterton Road and, after marriage in 1951, lived in Fulbourn and then in a number of houses in the south of the city in Worts Causeway and Queen Edith’s Way.

In 2017 she reminisced about her life, in particular her childhood in Newnham. Her mother, Dorothy Nightingale from Girton, had met William Hayward through a motorcycling club:

Her father had been a chauffeur but then set up a garage opposite the house they lived in on Grantchester Meadows; on the day war was declared in 1939 the family moved to Eltisley Avenue just round the corner.

War came to Newnham when a bomb destroyed a nearby house killing Betty’s treacher.

She had always wanted to work with children but because of the outbreak of war was unable to travel to London to train, so she started work at Boots the chemist.

However, her interest in children remained and she worked at St Philip’s school as a monitor welcoming evacuees and escorting them to their new homes:

Her father, as a garage owner, had a car and access to petrol, which had considerable benefits in wartime.

As well as helping to get extra food, the car enabled the family to travel to Bedford where extra clothes could be found.

The family had a mysterious lodge, Mr Priestly, who one day left without leaving a forwarding address and could never be contacted again.

Her brother was unable to join the armed forces for medical reasons so he worked in a munitions factory on Hills Road.

Her mother had an allotment which she worked on her own.

She worked until her marriage in 1951 at Boots in Chesterton and would cycle everyday.

Going to work meant she could fulfill her dreams of learning to ride a horse and also owning a dog.

She loved Grantchester Meadows and one day discovered that locals had given her the nickname of ‘The Meadow Girl.’

At weekends the family would relax by driving out to Over and then have lunch at the Pike and Eel pub.

Betty met Peter, her husband to be when she was 25 and they were married the following year. Initially they lived in Fubourn, then 12 Wort’s Causeway.

They did spend some time away from Cambridge but eventually lived in a series of houses along Queen Edith’s Way including 61 ‘Copley’ and 33, demolished in 2016. 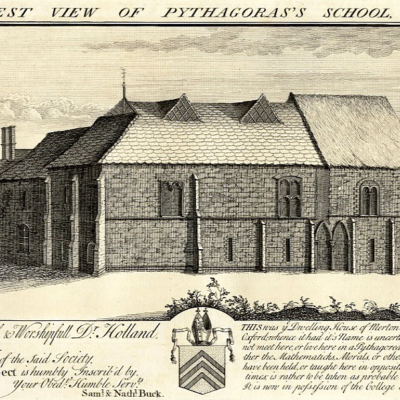