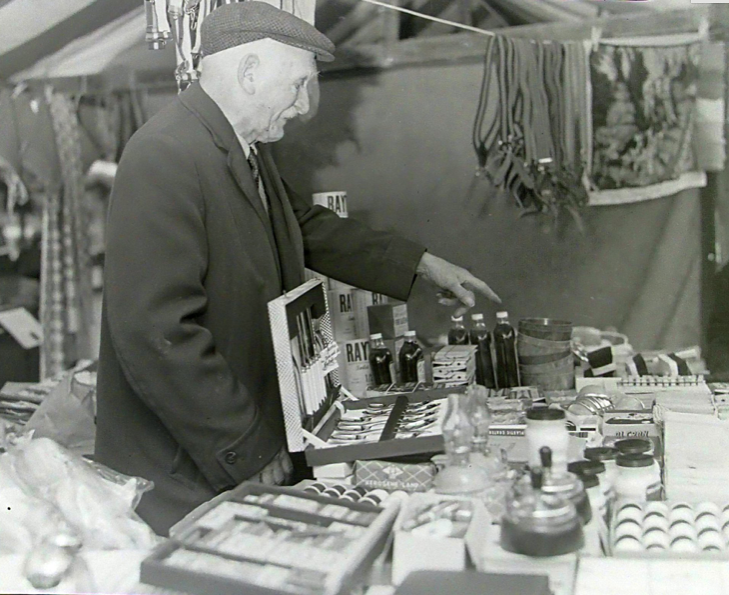 Harry Capon in 1964 on his stall (Mike Petty Fenland History)

24/1/1964: At 84, Harry Capon is the oldest stallholder on the Cambridge market. He sells the same type of fancy goods as when he first set up the stall at 16. “Every Monday and Saturday I get up at 5.30 and load up the trolley with the goods and pull it from my house in Coronation Street. I set the stuff out on the stall then it’s sell, sell, sell until 6pm when I start to pack up. Again another hour or so to load the trolley and then back home to bed about 9 pm. Two days a week I go up the London and the warehouses; I often get a lift with a fruitier and he leaves me at Hyde Park Corner on the way to Covent Garden”, he says., adding “The market is slowly dying … fewer people and fewer stalls” (Cambridge News) 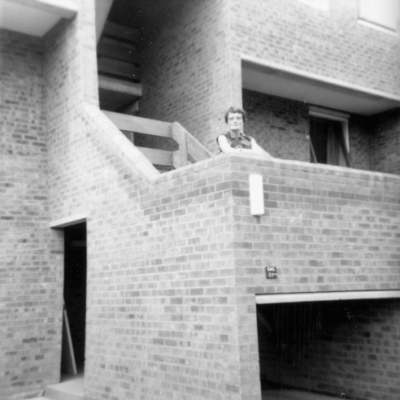 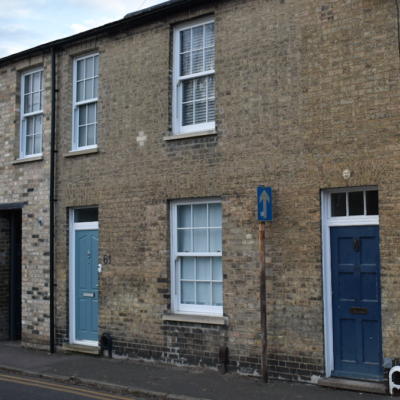 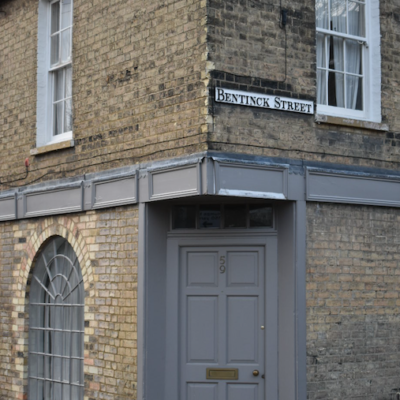