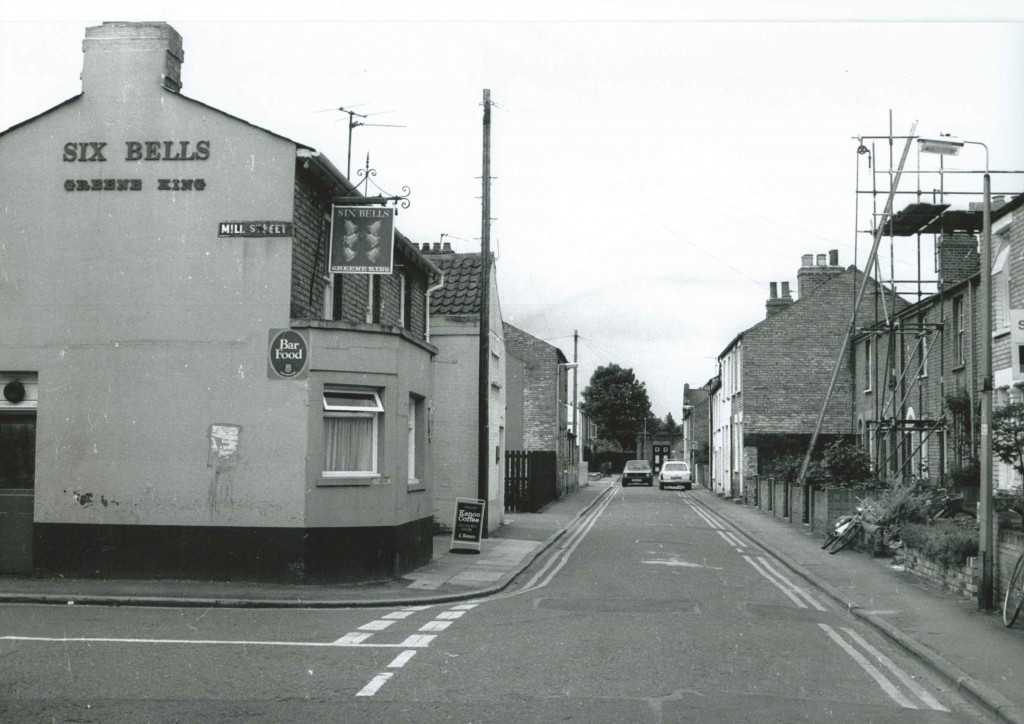 The Six Bells public house has stood on Covent Garden since at least 1838, probably a lot longer.  In that year, its owner was Francis Eaden.

Publicans at The Six Bells

Francis was perhaps a member of the family that owned the haberdashery store Eaden Lilley, which goes back to the 18th century, and stood on Market Street until its closure in 1999.  Several members of the Eaden and Lilley families are buried in Histon Road and Ascension Cemeteries, and several Eadens in Mill Road Cemetery.  One grave in Mill Road records a Francis John Eaden, ‛accidentally killed’ in 1849 aged 13, who was the ‛son of Francis and Anne Eaden ’ ‒  Was his father the owner of the Six Bells?

The publican of the Six Bells in that same year (1838) went by the delightful name of Israel Haggis!

Many people with the surname Haggis can be found buried in Mill Road Cemetery, but alas no Israel Haggis appears in any Cambridge cemetery.

In 1841, Israel Haggis, aged 25, was still living and working at the pub, with his wife Sarah, aged 20, maidservant Mary Bell and manservant James Langley.  Israel and Sarah (née Hankin) had been married in 1836.  But in 1843 Sarah eloped.  The story is recounted in a fascinating Cambridge newspaper report of 9 December:

One Alfred Hutt, who had been Israel Haggis’s manservant for eight years, was on trial for stealing property (two cricket bats, two balls, a pair of cricket shoes, clothes and other articles) from Israel.  In early November, Israel had gone to a lodging house in Hammersmith to challenge Hutt, and had found his own wife (Sarah) and her sister in bed there, and Hutt in the room, along with his property.  Hutt and Sarah were going under the names ‛Mr. and Mrs. Hales’.  Before the magistrates, Sarah was called as a witness:

This witness, who from her manner of entering the Court appeared to be slightly intoxicated, said that she had left her husband … on the 6th of October last, and that she had sent the property … to the house at Hammersmith.

When shown a letter in her hand addressed ‛Dear Alfred’, she ‛impudently refused’ to say whether that referred to Hutt, but later remarked:

I never was so happy in my life before, dear Alfred is so kind to me.

The case was committed to trial at the next quarter sessions, and the newpaper reported this on 6 January 1844.  In the course of the trial, Haggis stated: ‛my wife, I am sorry to say, has not, for the last three years, been of sober habits’.  The jury was not convinced that Alfred Hutt had stolen the goods alleged, and brought in a verdict of Not Guilty.

By the date of that trial, Israel Haggis had already left the Six Bells and was running the New Inn on Parker’s piece.  Three months later he placed an advertisement in the local newspaper announcing that he had for sale an assortment of cricket bats:

of the lightest and best-seasoned wood, made by the most eminent makers, viz. Cobbett, Caldecourt, and Dark, (which are not to be equalled in this country)

and other cricket equipment, including:

Remembering that cricket equipment was alleged to have been stolen from the Six Bells, it seems that Israel had a long-standing involvement with cricket—perhaps the cricket played on Parker’s Piece by such notables as Robert Carpenter and Tom Hayward, both of whom played for England.  Israel died in 1849.  It would be interesting to know what happened to Sarah in the years after the break-up, and also to Francis Eaden, who was succeeded as owner of the Six Bells in the mid-1860s by John Eaden (perhaps his son).

Israel wasn’t the only publican on Covent Garden in 1841.  Joseph Pledger owned the garden opposite the Six Bells and also ran a ‛beer-shop’.  A slightly earlier newspaper report (14 August 1841) records:

Covent Garden was evidently a riotous place in those days! 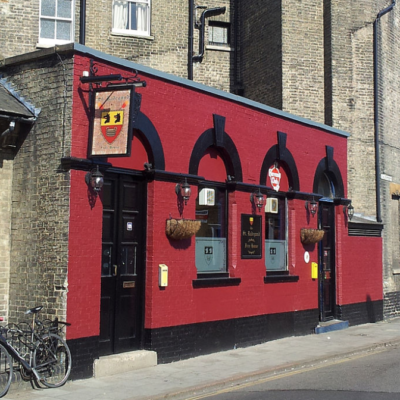 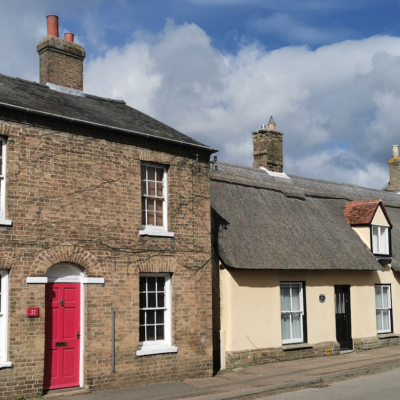