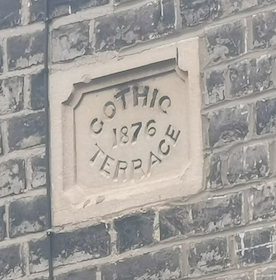 CIP 5.9.1885: WILFUL DAMAGE. Walter A. Molt, fencing master, of Union-terrace, Charles Rumbelow, painter, of Union-terrace, and George Cooper, carpenter, of Gwydir-street, were summoned for wilfully damaging a fence, the property of Edward Bulman, on the 18th ult.—Mr. O. Papworth appeared for the complainant, and asked permission to amend the information, and alter the date to the 17th. The bench said there was no objection to that.—Mr. Lyon, who appeared for the defendants, said in that case he must, on behalf of his clients, plead guilty. He further stated that some time ago the complainant gave one of the defendants permission to cross this field, and the men thought there would be no objection to their doing so on this occasion, as there was no crop on the field.—Mr. Papworth said his client only wished to put a stop to this practice of people crossing his field, and he had never given permission to any of the defendants to cross his field.—The complainant was called, and denied ever having given the defendant Molt permission to cross his field.—The bench decided to fine defendants 10s. each and costs, and ordered them to pay the amount of the damage, an application for the solicitor’s expenses to be allowed, was refused.