1885: CIP 21.2.1885: DRUNK, ETC. William Harvey Gladwell, bricklayer, of Great Eastern-street, Mill-road, and Samuel Pilsworth labourer, of Gwydir Cottages, were charged with being drunk and using obscene language in Petty-cury on Saturday evening.—Defendants admitted the offence.— P.c. Wm Bond said he was on duty on Market-hill on Saturday evening about twenty minutes past eight when he was informed that two young men were fighting in Petty Cury. He proceeded to that place and found a large crowd of people blocking up the whole street. The prisoners were in the middle of the crowd. He requested them to go away, and with difficulty got them to the bottom end of the Cury, when they went towards Market-street. Ten minutes afterwards he found them in the Cury again, shouting, pushing people about, and using bad language. He took them – into custody.—The bench fined defendants 10s. each , and costs 5s, for being drunk ; and for making use of obscene language.—Allowed a fortnight in which to pay the money.

Laura A, daughter, 2, b Cambridge

1894: (CC&J 20.7.1894) Caution to window cleaners – Samuel Upchurch, 2, Gwydir Cottages, Gwydir-street, whilst cleaning windows at Emmanuel College, Friday last, slipped and fell a distance of about twenty feet. He cut his head so severely that was found necessary to convey him to the Hospital, where he now going on well.

Dorothy A, 4, b Cambridge

CDN 16.11.1901: I, Arthur Ison of 4 Gwydir Cottages Gwydir Street Cambridge WILL NOT BE RESPONSIBLE for any debts contracted by my wife Mary after this date, November 14th 1901 – Signed Arthur Ison

1907: CIP 2.8.1907: THEFT FROM A NEIGHBOUR’S HOUSE. A SAD CASE IN THE CAMBRIDGE POLICE COURT.  At the Cambridge Borough Police Court on Friday, before the Mayor (G Stace, Esq.), A. S. Campkin, G. Smith, P. H. Young, and E. C. Young, Esqs., Mary Ison, 37, married woman, of 3, Gwydir-street, was charged with stealing a watch, three pairs of trousers, shirt, and a vest, value £4 10s., the property of Tom Gough. Mary Ison, 15, her daughter, was charged with receiving the goods, well knowing them to have been stolen.

Tom Gough, groom, of 3, Gwydir Cottages, Gwydir-street. stated that the prisoners lived next door to him. In May he missed a silver watch. Enquiries were made, but the watch was not found. Witness told one of the prisoners about the loss, and she said she hoped he would soon find it. On July 21st witness missed three pairs of trousers and a shirt and vest. The trousers had been taken from a clothes box in the front room upstairs. Witness gave information to the police. On Tuesday morning witness saw the prisoners, and the elder one asked him to stop the case going any further, and she would get the clothes out of the pawnshop. He told her the police had the matter in hand.

William John Scott, manager to Messrs. Norman Bradley and Co., pawnbrokers, of Fitzroy-street, deposed that on July 6th a woman, giving the name of Ison, went into the shop and pledged the trousers and vest for 4s. 6d. A woman went into the shop on July 20th and pledged a shirt for 2s. Witness afterwards had a conversation about the things with Detective-Sergeant Marsh.

Charles Hammond, of 15, Catherine-street, assistant to Messrs. Morley and Co., of Fitzroy street, stated that the watch was pledged at the shop on May 24th. The name on the pledge ticket was M. Ison, 5s. On the 23rd July the younger prisoner went to the shop and pledged a pair of trousers. Witness asked her to whom the trousers belonged, and she said her mother had sent her to pawn them.

Detective-Sergeant Marsh stated that on Sunday, July 21st, he received a report of the loss of the goods. Witness made enquiries next day, and visited several pawnshops. He saw the witness Hammond, who showed him a pair of trousers and the watch, which answered the description of the stolen property. He left a description of the other articles, and on the following day saw Hammond again, who showed him another pair of trousers, which were recognised by Mr. Gough as his property. In the evening he saw the two prisoners, and told them he had come about some stolen articles which had been found at the pawnshops. The elder prisoner said she took the things. The girl admitted pawning the goods for her mother. Witness said, “Did you know they were stolen?” and the girl said she did. Witness said, “Why did you take them ?” and she said, “I took them for food.” Witness asked her what she meant by this, and the elder prisoner replied that she would take the responsibility; her daughter pawned the goods to obtain money to get some food. Mr. Ison, who was present at the time, asked her what she meant by that, and said he had given her money every week and a bill of £18 for rent, which he thought had been paid, had just come in. Witness told the elder prisoner that there were other things missing, and she replied that they were at the pawnshop. She fetched the two pawn tickets. One had the name of Baker on it, and Mrs. Ison said the name must have been put on wrongly by the boy at the pawnshop. On Wednesday witness went to the pawnbrokers’, and the remainder of the goods were found. Witness found that the prisoner’s front door key easily opened Mr. Gough’s front door.

Prisoners were then charged, and pleaded guilty.

The elder prisoner’s husband said he knew of nothing to cause his wife to steal the goods. He gave her 19s. per week. He had a family of seven.

The Magistrates retired, and, on their return, the Chairman said the Bench had taken a very lenient view of the case considering the condition of Mrs. Ison’s health. She would be fined 40s., and the younger prisoner would be bound over in her own and her father’s recognizances to come up for judgment if called upon within six months.

Lilian May, 9, b Cambridge

CIP 28.4.1916: Robert Marshall Combe (66) of 1 Gwydir Cottages pleaded guilty to being drunk and incapable in Hills Road. He was hanging on some railings near Cintra Terrace. Fined 2s 6d.

CIP 27.10.1916: Mrs Alice Cook, 3 Gwydir Cottages gave evidence in the case of Mrs Brigg’s coat. The dispute was to whether a lady who had sent a coat and skirt to the local office of a firm of dyers had got the right coat back. Plaintiff was Mrs Maria Briggs, wife of William Briggs of 42 Cowper Road and she claimed £1 1s or the return of the coat from Messrs M B Jackson, 44 St Andrew’s Street. Judgement given for the defendant. 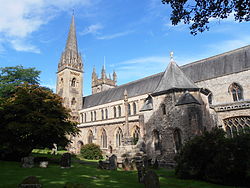