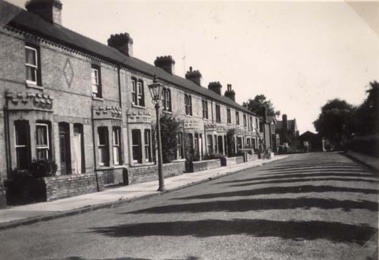 Mackenzie Road. No 13 is just to the right of the lamppost. Courtesy of Dr Kenneth R Page.

Memories of Mackenzie Road and surrounds during the war years

I moved to number 13 Mackenzie Road in 1939 as my father had joined the army and my mother and I went to live with his parents Herbert and Emma Page. Grandpa Page worked as the Senior Combination Room Butler at Emmanuel College, Mother was engaged in war work at the Cambridge Instrument Company and Grandma Page kept house for all of us. Apart from a brief period in 1942/3 my mother and I remained at Mackenzie Road until the spring of 1947.

My grandparents in the earliest period of their lives had belonged to the Primitive Methodist Church, however at the time I knew them Emma regularly attended the Holy Trinity C of E church situated in the centre of Cambridge, Herbert was a non-church goer. I was baptised in Holy Trinity and during my stay in Cambridge Sundays were always marked by a walk down Mackenzie Road to Mill Road and then on over Parker’s Piece and Regent Street and so finally to Holy Trinity itself so as to to attend the morning service.

My uncle Kenneth sadly had died in 1910 and he was buried in the Mill Road cemetery which was situated close to Mackenzie road. This allowed my grandparents to be buried in this cemetery although it is now closed to new burials.  I well remember the grave as I used to accompany Herbert when we went to water the plants on the grave. We drew water from the pump situated by the mortuary chapel which at that time was still standing.

My grandparents were late Victorians so their social attitudes were rather class bound compared to today’s customs. The houses at the top of the road were ‘Railway people’ so we did not mix with them! On the other hand those at the end of the road adjacent to Mill Road were more up market so we were friends with these! At No1 Mackenzie road we had Miss Gillie a retired headmistress and teacher of French. Her full name was Nancy Elizabeth Gillie and her dates were 1873 to 1953. I got to know her well. Just after the war there was a large intake of refugees from mainland Europe. Miss Gillie was a member of the WVS and thanks to her language skills she went out to help in the reception of these refugees. On a number of occasions, I was allowed to go with her and help her as an errand boy when in the camps. We travelled in her car, a magnificent two-seater open top Bentley (with a third ‘dicky’ seat at the rear). Because of this work she could get petrol, a rare and highly rationed commodity at the time. I remember its horn was the old-fashioned type with a rubber bulb to press! I can also remember her running out fire hoses as part of local civil defence exercises, she was very fit for her age. She had in her youth travelled to the Middle East and Africa and I still own a piece of African native ivory and an Arabian dagger which she gave me. Regarding traffic it was very much reduced compared to today and horses were much in use to draw wagons. Lorries frequently were powered by gas provided by generators which they towed behind them. From 1945 I went to the Perse primary school at that time situated in Bateman Street and although only 7 turning 8 years old I was allowed to walk to school by myself, this involved crossing two major highways, Mill Road and Hills Road (It was not uncommon at that time to encounter farmers driving their cattle to market along Hills Road).

It is perhaps pertinent at this point to mention the war time in Mackenzie Road. The road has houses on one side only, the other with one exception simply bounds the drive leading to the Mill Road Cemetery. The exception was a flat-topped building at the Mill Road end of the road which at the time housed a music school. During the war a set of concrete air raid shelters were built on that side of the road and adjacent to the music school. Herbert was the local Air Raid Warden. The Air Raid Wardens were tasked with enforcing the blackout regulations, to safely guide people into public air raid shelters when required, to report to their control centre about incidents, fires, etc. and to call in other services as required. One consequence of this was that the door to 13 Makenzie Road carried a notice informing the public that a stirrup pump was available on the premises. Before the war all the properties on Mackenzie Road had cast iron railings and gates around their front gardens. At the start of the war the Government decided the iron in these was needed for the war effort. House occupiers in Mackenzie Road were given the choice of either giving up the gates to their property or else the railings around their garden. Most like Herbert said the Government could take both gate and railings. The civil defence organisation moved into action at the start of the war. In 1941 I started attending a kindergarten situated in Covent Garden, a street across Mill Road and opposite to Mackenzie Road. In my first days at this school we had a simulated gas attack. I well remember the ladies of the civil defence force blowing whistles and waving football rattles. In my memory they were all elderly and dressed in grey long skirts and wearing pork pie hats! We youngsters had to put on our gas masks. We all had to carry these at that time. Having just started school I was still missing my mother so I made a pretty emotional response to the exercise! Later I moved to the Shrubbery School on the Hills Road. During my time there I can remember a police sergeant coming to visit us and teach us something about current German anti-personnel weapons. The Butterfly bomb was a particular worry and this was described in detail but I can also recall the sergeant warning us not to touch anything strange, particularly if it was coloured red! The curriculum for primary pupils had its differences from today!

Returning to the inhabitants of Mackenzie Road house No 5 was occupied by another retired school teacher Miss Fanny Chapman. She had a bathroom with a bath and hot water. The hot water was supplied by a monster geyser with so many handles and looked so formidable that it could have fitted into a movie such as ‘Star Wars’. My grandparents took their baths in an old slip bath that had to be filled and emptied by hand. The only hot water in No 13 came from a relatively small geyser situated in the scullery at the rear of the house. I was privileged by being allowed to have a bath once a week in Miss Chapman’s bath. My mother always took the opportunity to have a bath after me! In return Miss Chapman used to have lunch with us on Sundays after we had got home from church.

Yet another retired school teach lived at No 9. Her name was Kate Wing and she was very frail although younger than Miss Gillie (she was born in 1874) and was cared for by a younger relative, Mrs Harriet Morse. We used to visit these ladies once a week. For a period a Dutch lady, a refugee, lived in their house. Another acquaintance of my grandparents was Mr Frank Ward who lived with his wife at No 7. I never met his wife as she did not like speaking to people and lived in her bedroom (I suspect she was clinically depressed). Mr Ward was a retired local government official. The only other regular acquaintances of my grandparents living on Mackenzie Road were Elizabeth and Ruth Blackburn and they lived next door at No 15. These ladies had spent much of their lives in South Africa and I remember they gave me a seed of one of the African trees and which I tried to grow in a pot, alas it never germinated. There were other people connected with the war that were entertained from time to time at No 13, for example an American airman billeted on Collier Road who made and gave me a lovely model aircraft.

During the latter stages of the war a number of V1 missiles (doodlebugs) flew over Cambridge. Provided you could hear the noise of their engines you were safe. Grandpa and I would listen to these and knew when they were safely past our house. We would then note the time their engines cut and the arrival of the blast wave following the explosion. I shall never forget the day close to D day when I went out to the rear garden to No 13 and found the entire visible sky was covered with aircraft towing gliders, row after row, it must have been part of our parachute army on its way to France. It was a sight truly to remember so impressive was it. As I have described elsewhere when the war came to its end as children we enjoyed street parties of which (unless my memory is mistaken) one, which I attended, took place in Willis Road.

As we moved to the immediate post war period I can remember German ex-prisoners of war being used to demolish the air raid shelters in Mackenzie road. As youngsters I with other children in the street talked with those ex POW’s who could speak English. I was given a sharp reprimand for doing this by my father when he, still as an army major, was on home leave. He was released from war service in 1946. I remember the winter of 1946 was especially harsh and fuel for heating was in short supply. In 1947 my parents set up home in Lincoln and so I left Cambridge in March of that year. This was not quite the end to my stay in Mackenzie Road however for from 1950 to 1955 I always spent part of my summer holidays from school staying with my grandparents. Their home was really a second home for me and one that was filled with many happy memories despite the war.

Many thanks to Dr Page for contributing these memories. 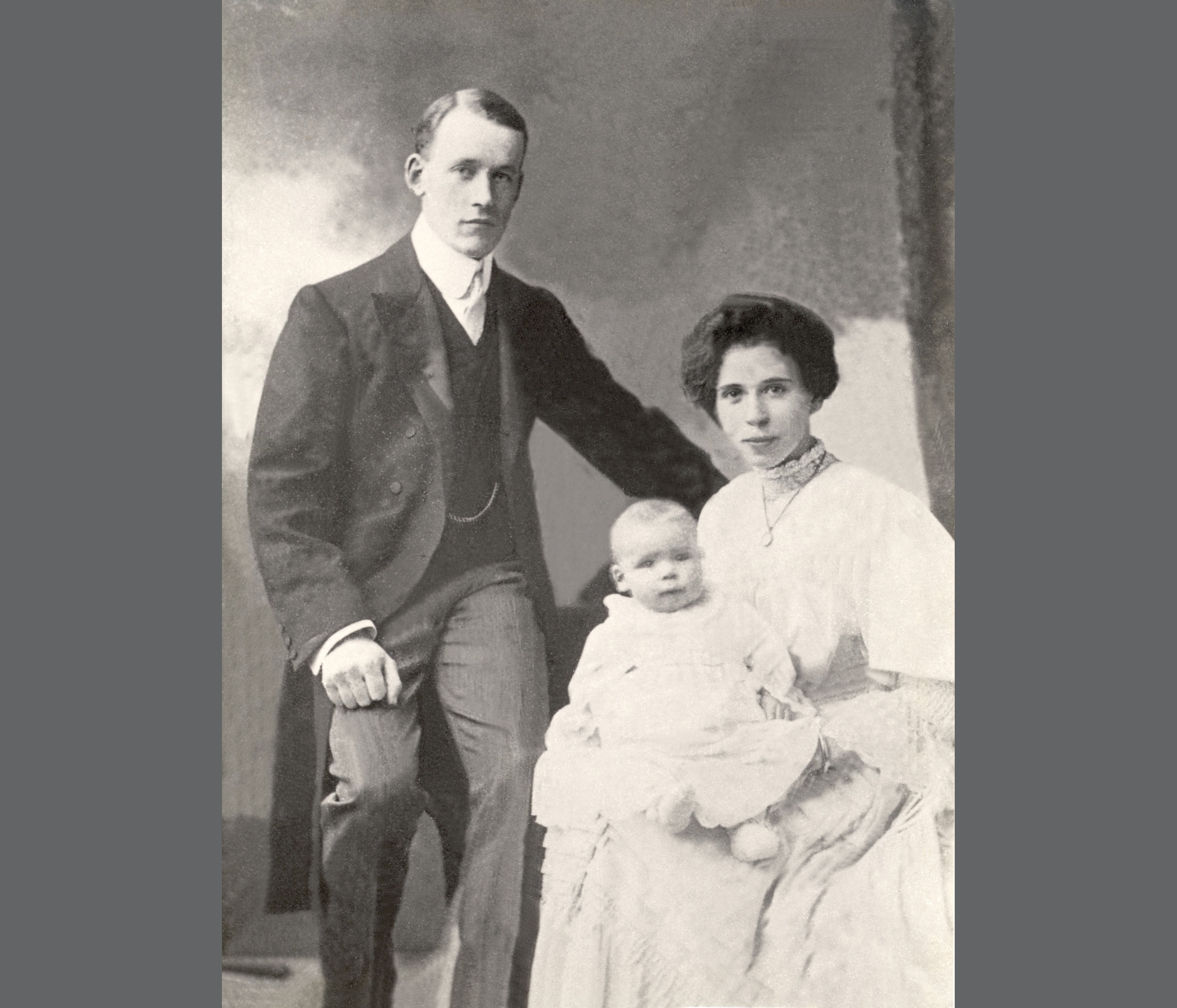