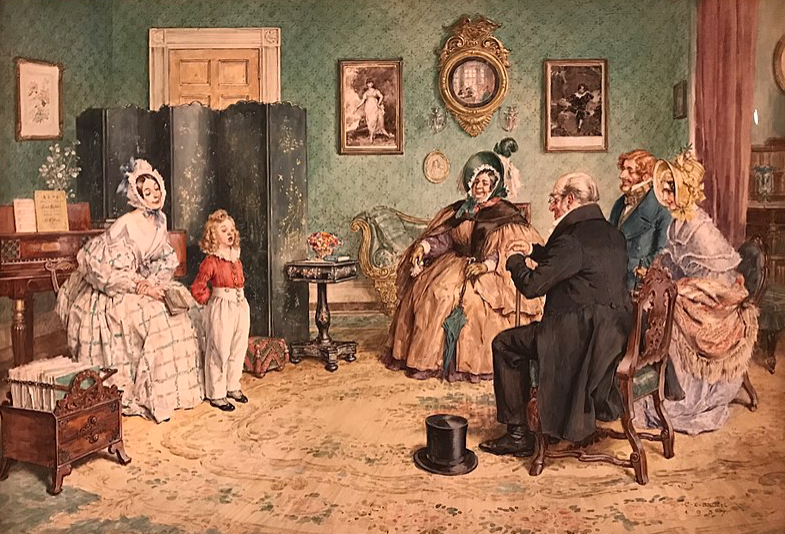 Illustrator, painter, draughtsman and caricaturist; born in Holloway, London, elder of four artist brothers, son of Edmund Brock, Reader in Medieval and Oriental Languages for Cambridge University Press; the family moved to Cambridge where he attended the Grammar School; studied briefly in the studio of sculptor, Henry Wiles; from 1891 he illustrated books, moving to Arundine House, Madingley Road, Cambridge where his brother joined him, they built a studio and working together became leading illustrators of 18th and 19th historical literature; illustrated Macmillan’s Standard Novels and Dent’s editions of Jane Austen’s novels, Dickens’ Christmas books and the works of Thackery and Lamb 1902-3; 1908 elected member of the Royal Society of Painters in Watercolours; died in Cambridge in 1938.

When the family first moved to Cambridge they had lived in Coronation Street where Thomas was born in 1872.

For more details of family history

Thomas A, 8, b Cambridge

Katharine A, 4, b Cambridge 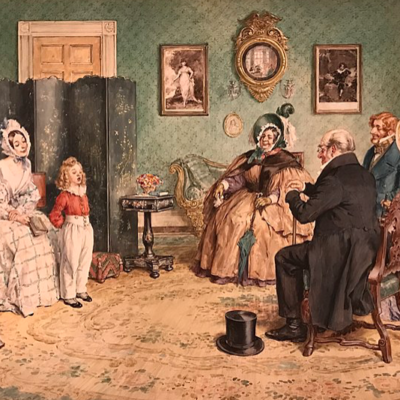