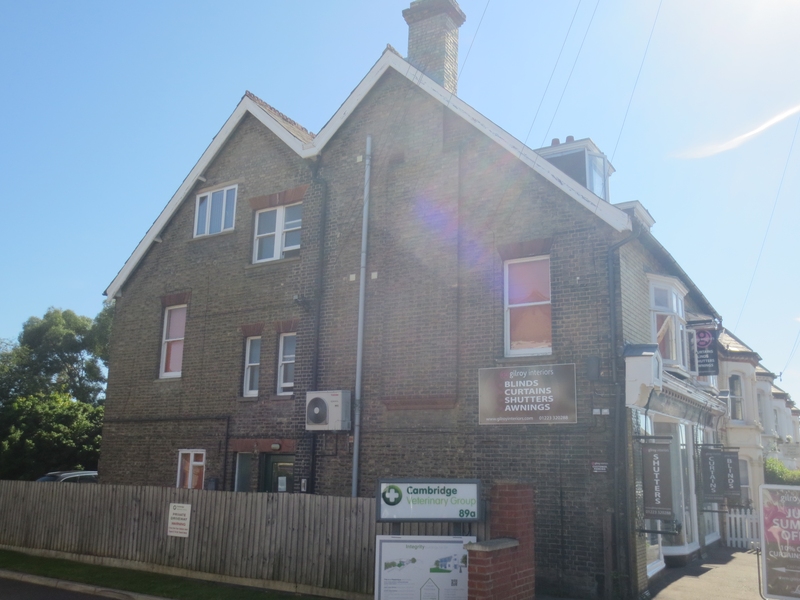 (no name or number)

This was the location at the time of World War One of Harry H Onyett’s, draper and outfitter. In 1988 (CWN) Cecil Utteridge recalled how at Christmas Onyetts would put on a display of toys and Mr Onyett dressed up as Father Christmas and anyone spending a certain amount in the shop received a gift from him.

Later it was owned by the firm of Asbury, ladies’ hairdressers. Wilfred Asbury had come to Cambridge in 1909 from Burton-on-Trent and acquired several premises in Cambridge including one established in Trinity Street in the 1890s by Ignatius Knaster which was taken over by Wilfred Asbury after the First World War.  The firm expanded to three shops in Cambridge and in 1939, Wilfred’s son Roger open up a further shop here in Cherry Hinton Road. During the war a stick of bombs fill on the tennis courts next to the house but no damage was done.

When interviewed in 1964 by the Cambridge News Wilfred Asbury was 75 years old and believed he was the oldest hairdresser in Cambridge. Mrs Asbury commented ‘that hairdressing is not “the art” it was in pre-war days, the job having been made considerably easier by modern machines.

‘”I think the war had a lot to do with it,” she says. “Something had to be done when women were all strung up at the hairdresser’s and then had to get out in a hurry when the air raid warning went.”