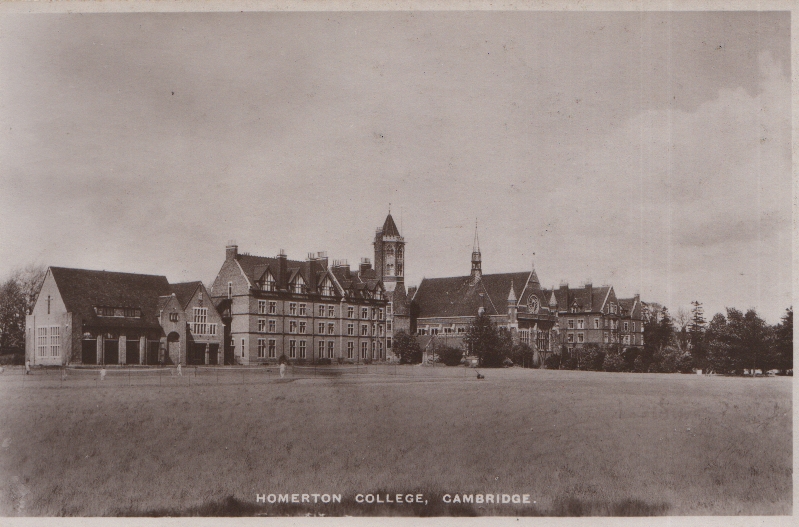 Peter Searby’s monograph for the Proceedings of the Cambridge Antiquarian Society 72 (1982-3), “A Failure at Cambridge: Cavendish College (1877-1892)”, is the source for  these notes about the history of the college.

Cavendish College was the product of the enterprise of the Norfolk clergyman, Joseph Lloyd Brereton, who aspired to enable those of poorer means to achieve a university education. A man of some academic distinction, he was a volatile character whose life was marked by grandiose plans that often came to nothing and whose financial prudence was weak.

By the 1870s Brereton had a plan to create colleges in the old universities of Oxford and Cambridge that would provide a stepping stone to academic achievement for boys who could not hope to afford a traditional university career. His idea was that students could enter these colleges aged 15, then reside in the new colleges for a year working for a certificate called a ‘County Degree’. If they stayed longer they could take a B.A. aged 19 or 20, two years younger than normal. From this pool of qualified young men he hoped to be able to recruit a new generation of secondary school teachers.

A temporary college for a handful of students was opened in 1873 in Norwich House, Panton Street. In 1877 the college moved to its permanent buildings on ten acres off Hills Road bought from Trinity College. In those days it was a remote location; the red brick buildings was the first development in the area. The architects were were Giles and Gough who had previously designed the Norfolk County School for Brereton. Although a very detailed picture of the proposed college had been published in 1874, the actual building was much less grand and lacking in important amenities, such as a hall.

Brereton had suggested the name of Arnold College after the headmaster of Rugby school which he had attended, Thomas Arnold. However, in the end, it was named after the largest shareholder, William Cavendish, seventh Duke of Devonshire and Chancellor of the University,  also the benefactor of the University’s physics laboratory. Cavendish subscribed £1,000 out of the £12,000 taken up in shares for the project.

Brereton was a poor financial manager and the college was in difficulties from the start, in particular because it never attracted the 300 students its financial viability was based upon. These students were charged £84 per year. But insufficient capital was raised for the project and accommodation was only provided for 100.

The wardens of Cavendish were not effective  managers. John Cox was warden for ten years but he was a poor administrator and when the college affairs hit crisis point in 1887 he resigned.

Cavendish was not a proper college; in the eyes of the University it was a lodging house for non-collegiate students. In 1882 and 1883 Cavendish and Selwyn became the first public hostels – a new sort of institution but not a college. Cavendish students were undergraduates, often younger that those at proper colleges, but not as young as envisaged by Brereton originally.

The evidence of the background of the Cavendish students is patchy but it appears that most came from professional families and therefore not so different from some colleges such as Peterhouse which had a far smaller proportion of students from the leading public schools compared with colleges such as Trinity.

However, the college failed to attract enough students or investors. This could be to some degree because other new universities were now easier to get access to by the sons of the middle class, in particular because they did not require a qualification in ancient Greek. Cavendish was much less comfortable than other colleges even though it was cheap. Students tended to migrate away to other colleges.

Eventually Brereton was excluded from the discussions on how to save the college and then withdrew to the parish that he had so often been absent from. Cavendish College received a hall and kitchens but still failed to attract enough students. In the summer of 1892 it closed and was sold to Homerton College in 1894. Cavendish failed because of the many shortcomings of Brereton; in contrast Selwyn succeeded because of its location, small community and superior facilities. 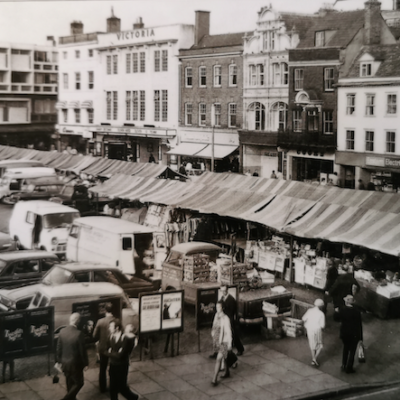