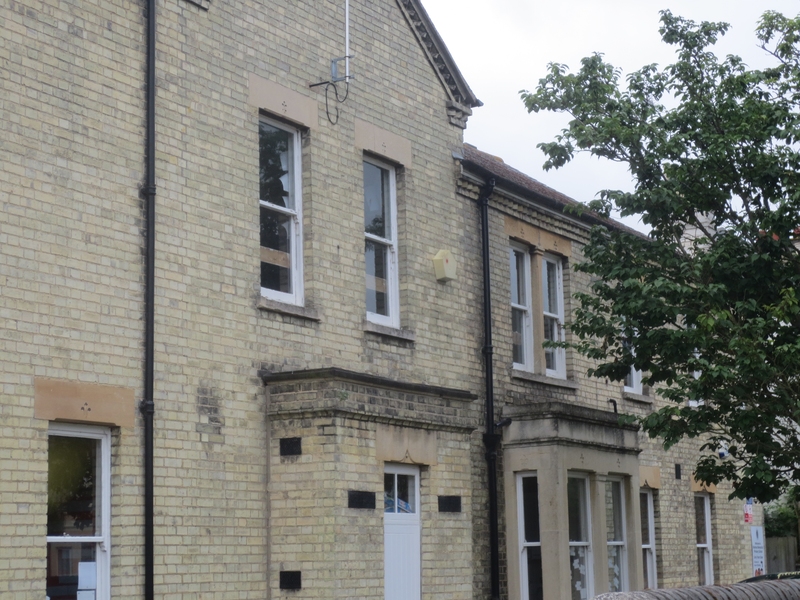 Hinton Lodge dates from Victorian times and the original entrance was from Cavendish Avenue. A drive would have come past the coaching house to the front door.  in the 1890s the house was the home of Arthur Maddison described in 1891 as a commercial traveller.

There was obviously some confusion in the early 20th century as to whether the house’s postal address was in Blinco Grove or Cavendish Avenue (see 1911 census return). The owner Mr Hobbs clearly thinks his address is Cavendish Avenue but the enumerator has filled in 100 Blinco Grove.

Michael Bowyer records in Air Raid! pub 1886 that during the bombing attack of 9th May 1941 several incendiary bombs landed in the garden here.

The house was sold to the council in the early 1970s and used since then as an annexe to Morley School. Now used for early years, it was used at one point to house top junior classes (Cambridge Weekly News 1.10.1981).