Michael Bowyer in Air Raid! pub.1986 tells the story of the bombing raid on the south of the city just after midnight on 9th May 1941. The targets were the railway as well as a large array of Army vehicles which for some weeks had been parked along the sides of most of the streets between Hills and Mowbray Roads. Troops of the 27th Lancers attending them were billeted with families in many of the houses alongside. Heinkels carried out a very accurate attack using exclusively 1 kg incendiaries which were showered over the Coleridge Hills Road areas. Fires were started in some 50 houses but most were put out quickly.

Mrs Pickford was in bed at 58 Marshall Road. Being deaf, aged and resilient, she like many more took a chance and slept on during the ‘alert’ in her upstairs bed. The proximity if the railway meant that many living in this section of Cambridge were supplied with Morrison Shelters, but they were not necessarily occupied whenever the siren sounded! And so it was at 58 Marshall Road.

Fire bombs were generally delivered in oblong containers, commonly called ‘Molotov breadbaskets’, designed to burst open shortly after release allowing the incendiaries to spread with a slightly forward trajectory. Realization of their falling came from a widespread clatter as they smashed tiles and slates. often they penetrated ceilings, and usually burst in the first upstairs room. Unfortunately for those staying in bed, the incendiary could land on the eiderdown with a thump and burst into life showering brilliant sparks, spewing masses of greyish smoke and creating a foul smell. That almost happened at No.58. Mrs Pickford not surprisingly left her bedroom somewhat hastily when she found an incendiary bomb which had bounced off a mirror and landed on her bed, although fortunately it did not ignite. 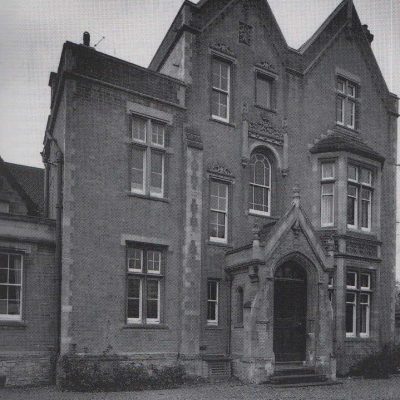