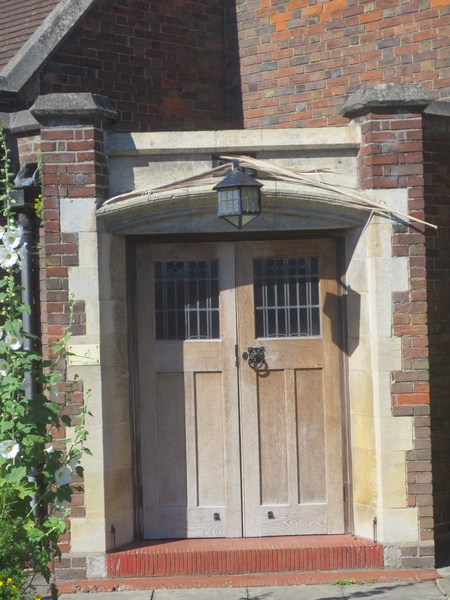 Methodists met initially in Morley Memorial School and then in 1903 in a private house, Ceylon Villa, 132 Blinco Grove, owned by George Bland. Under his leadership Baptists, Congregationalists, Methodists and Presbyterians united to purchase a plot on Cherry Hinton Road in 1901.

On Wednesday 30th December 1903 a service of song entitled ‘Carol Singing’ was given at Morley Memorial School to raise money for the proposed Cherryhinton Free Church. It was organised by young people attending the temporary chapel in Blinco Grove. Gipsy Smith presided and George Bland conducted the singing. It was announced that £110 had already been raised of the £390 required for the project.

A Free Church chapel was opened there in 1904 and the following year the first pastor, Frederick Tizzard, was appointed. Meanwhile Free Church Mission children had been taught in the hall of St John’s nearby.

In 1906 the first pastor expelled one of his deacons at an open meeting. Apparently Mr Tizzard issued an ultimatum, either he went or the church expelled the deacon Mr Betts and his wife. Mr Tizzard claimed they should be expelled for “the sin of scandal … a most abominable sin and outrage upon Christian brotherhood.” 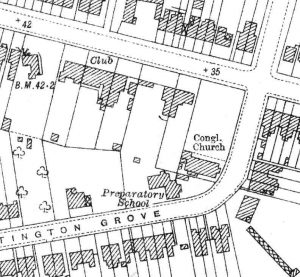 In 1916 it was one of only five such Free Churches in the country and in 1920 changed its named to The Free Church Cherryhinton Road. By 1922, when it was clear that the Free Church movement had only a limited future, its members voted to join the Congregationalists. A new chapel building was started in 1926  and completed in 1928 at a cost of £6,000. The architect was Norman Myers of Spalding anf Myers; it was built during the General Strike and there were fears of sabotage, but Mr Thurley, the foreman for the builders Kerridges, watched over the building and there was no trouble. A hall added as a memorial for the World War II dead. Pevsner describes it as ‘ neo-Perp, with twin porches set jauntily at the diagonals.’

Another man closely involved in the beginnings of the Free Church was James Thomas Bailey, a commercial traveller who worked for Prido, the milk and butter people. He lived at Dunelm, 92 Hartington Grove.

There is a history of Cherryhinton Road Congregational Church written by Rev. N J W Appleton.

In 1965 the church became an official part of the Congregationalist Church but by 1987 was a United Reformed Church. 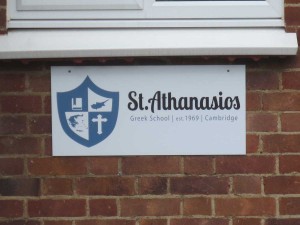 In 2015 the buildings were bought by the Greek Orthodox church and it is now the church of St Athanasios. One of the buildings is used for a Saturday school which is attended by over 100 children (2016).

Peter West went to the Congregationalist Chapel as a young man. In 2016 he recalled just how popular a venue it had been:

The minister not only preached but organised trips to London shows: 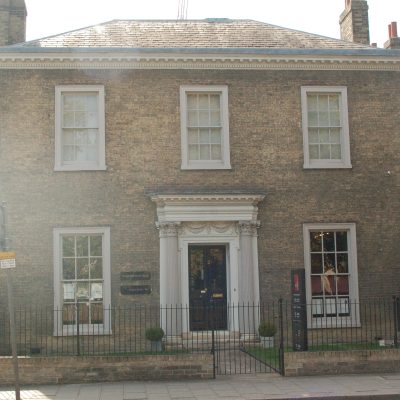