The original terrace was demolished in the later 20th century and replaced with a modern line of terrace houses.

In 2003  Christine Rivett  wrote to the Museum with her reminiscences of growing up in Swann’s Terrace.

I was born in April 1950 in the front room of my Nan’s house at 7 Swann’s Terrace, just off Argyle Street, Mill Road.

A small cul-de-sac full of terraced houses, as kids we had communal Sunday teas on the path, all the mums would contribute food and drink, there was no traffic and we had a blanket nailed to to the wooden railway sleepers as a tent type cover. The most traffic we got was Curtis the milkman pulling his cart down there full of milk and orange juice, I think the Curtis brothers were twins, I remember them being very alike and I never knew which one was delivering the milk.

One of my first memories is laying in bed and listening for the man with his hammer going up and down the train line hitting the metal wheels; I used to lay there counting them, at the bottom of the garden; my granddad had a gate post attached to the railway sleepers which I used to stand on for hours collecting train numbers.We were very much railway children; we would climb over on to the railway; we were always getting chased by the railw men or told off by parents.

We used to play in the next terrace as well, Fletchers Terrace, where the coal yard was.

Further up the road in Argyle Street, was a small shop called ‘Miss Normans’ at least that’s what we called it, fascinating rows of jars of sweets.

There was also another shop that sold groceries called Elliott’s where I got my Nan’s ciggies (never be allowed today).

A the top of Argyle Street was a second hand shop called Harvey Cornwall’s; I used to love rummaging in there. We brought a pram and made a go-cart out of it from the bits, took ages. It later became ‘Barneys’ and caught fire and burned to the ground. I remember going up there and seeing a man standing in the street sobbing. I was later told this was the owner.

Over the road at the top of Great Eastern Street was ‘The Earl of Beaconsfield’; here I had to go most nights for the dreaded ciggies and take the bottle to get it filled with bitter beer for Nan.

Further down towards the Romsey area I remember Bernie Wallmans shop which was where my granddad and I went to get the broken biscuits.

There was Webb’s toyshop that had a doll’s hospital and sold really bouncy sorbo rubber balls that we got to play Two Ball up against the wall; we also brought our marbles here and our Jinx/Jacks.

I went to St Barnabas school, behind the church and later went to Romsey School, where I remember Mr Cranfield as the Headmaster, loverly man. And later to Coleridge Girls School.

Years later, we had our wedding reception at the Conservative Club, Mill Road, the same place where as a child I went to the fabulous Christmas parties arranged for the children of the Easter Counties Bus employees. My uncle and aunt arranged them Will and Glad Hughes.

Swann’s Terrace has now gone and been built on, such a shame. 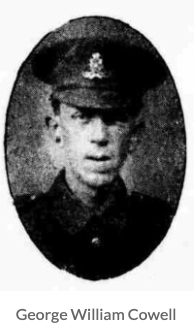 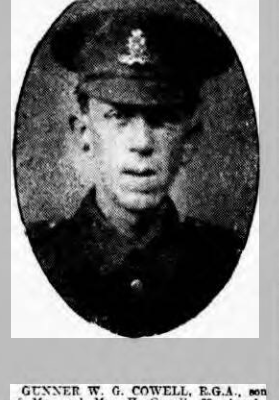