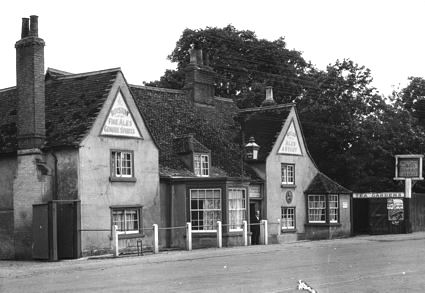 The Green Man was originally a 15th century  timber-framed hall-house, with a ground-floor hall open to the roof and a gabled
cross-wing at each end, part refaced with brick. A floor was inserted into the hall during the 16th century and the south wing extended. There were further extensions in later periods, more or less in
character with the old building, including the prominent bay windows. It was recorded as an inn by the late 18th century. Most of the Medieval structure was concealed in 1954 when the inn was modernised, but the original king-post roof of the hall and much of the internal timbering remains intact, albeit largely hidden. It is now listed Grade II. 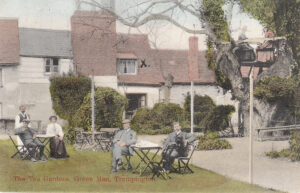 I really like this old postcard, especially the two ladies who are sitting up in the tree on some sort of platform. The first picture is a postcard which although posted, has had the stamp removed so the postmark is not visible. The detail written on the back is great too. I quote, “The lady in the pink, sitting in the tree, is the one from whom I bought the card. She has kept a little general shop up the road for over 60 years. She and the lady on the left (the proprietors wife) are the only two on the picture still living. Jim and Iris have had it all modernised, hot and cold water, gas fires etc in bedrooms & it is all very nice and comfy. X is our bedroom.” 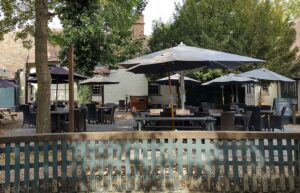 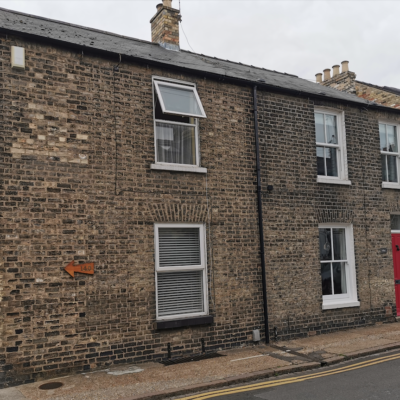 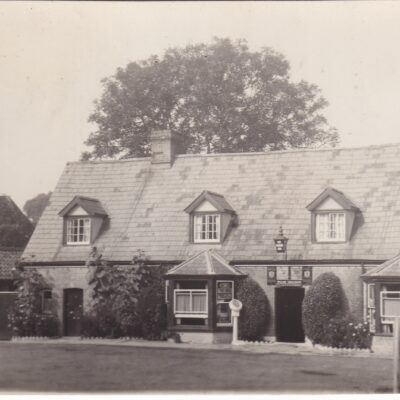 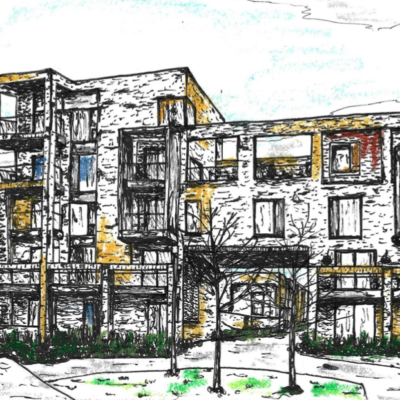 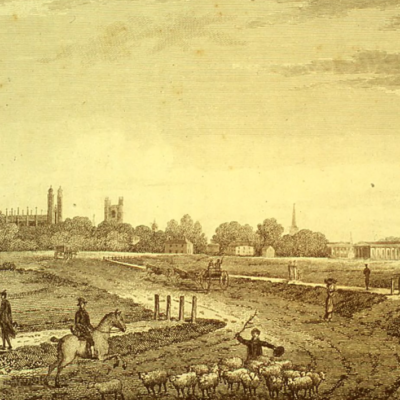