In 2014 Elizabeth Rose Chapman née King sent her reminiscences to the Museum:

I was born on 13th November 1930 on the Isle of Wight to Mabel King. I was the youngest of six, 3 boys and 3 girls. When my mother died in the spring of 1935 the eldest boy was at sea, the two other boys went to live with their elderly grandfather, the two girls into service and I was taken to Dr Barnardos in Portsmouth by my eldest sister aged 16.

On 23rd December 1935 (aged 5+), I was ‘boarded out’ to Percy and Violet Tolliday and their daughter Patricia in Cambridge. You could not ‘adopt’ from Barnardos at that time. These people quickly became my devoted parents and sister, bringing me up with loving care and care steering me into adulthood.

Early in 1936 I was enrolled into Milton Road Infants School, progressed to the Junior School and in 1941 passed the examination to attend the Central School for girls, now Parkside Community College. i played netball and hockey for the school and enjoyed my education.

I left school in 1945, (further education was not readily available then unless you were very rich or very brainy!). It was also during the war years. I went to work in the office at Chivers Factory in Histon as a very junior clerk, rising over the 8 years I was there to secretary to the sales office manager. These years were very happy ones. I was very sporty, playing netball for the county, hockey, swimming, badminton and cycling. Had a lot of boyfriends and girlfriends, who I still keep in contact with, went dancing, (ballroom!) 2/3 times a week to the Rex Ballroom and Embassy Ballroom (now long since gone), and the Guildhall and generally enjoying my teenage life in spite of the war.

During this time my father (Percy Tolliday) was called up into the Royal Tank Regiment and four years fighting the Japanese in the jungles of Burma. A terrible time for my mother, but it never crossed my mind he would not come home – which he did.

She married Keith Chapman in 1953 who was in the Royal Navy. In 1959 they moved to Harston where their first child was born. 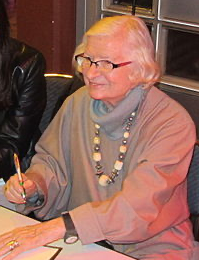