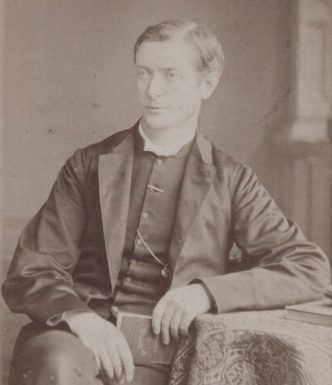 Leeke Street was built after 1873. Ada Keynes in 1947 recorded that eleven cottages were built in the garden behind Mendicity House on a new (extended) road named Leeke Street. The street was named after a vicar of the parish – Edward Tucker Leeke, vicar of St Andrew the Less from 1869-1877.

The first 11 houses were built in 1879 by Cambridge Improved Industrial Dwellings Company.

F T Unwin (Unwin 1991) describes the street as it was circa 1910. It seems to have been a very poor area of Cambridge, a cul de sac with 15 houses either side. A rag and bone man, a fishmonger, a boot repairer, a coal merchant, a bookmaker and an escapologist lived there’ the rest were casual labourers, usually out of work. Unwin describes it as a rat invested damp trap.

Several of the freehold properties on Leeke Street were auctioned in 1939; they were part of the estate of George Clark deceased. Lot 5 covered 9,10,11,12 Leeke Street. each had a living room with cottage range scullery with sink and copper, coalplace and WC, large bedroom with fireplace and gas and water laid in. Weekly tenancies of 5s. Lot 6 covered nos 13 – 17. They had two bedrooms and three had a scullery. Rent ranged from 5s to 6s.

A 1964 picture of Leeke Street survives showing a narrow road with cobbled guttering with terraced houses on the east side subdivided by an alleyway leading to the backs of the properties. The end of the street is blocked off by a wall and it appears the street was a cul-de-sac.