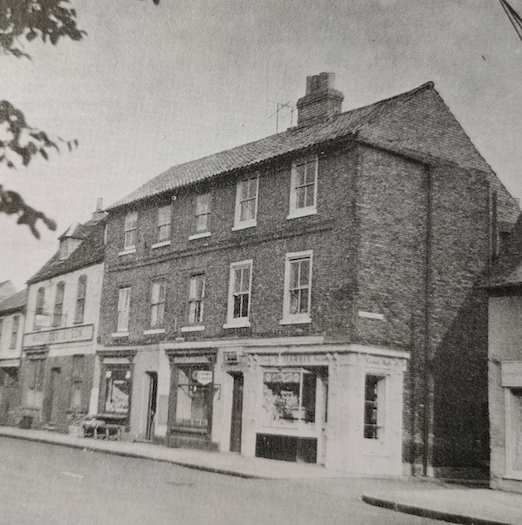 Mendicity House c 1962. The large windows above the shops are those of the former dormitories for vagrants.

Royal Commission Survey of Cambridge 1959: House, now three tenements … built early in the 18th century on a comparatively ambitious scale, consisting of a rectangular block to the road.

The following notes are taken from this report:

After the Napoleonic Wars vagrancy escalated. There was a particular problem in Cambridge as beggars stole from students. The Society for the Suppression of Mendicity or Anti-Mendicity Society was founded in 1819, seeking to repress begging by arrest and conviction. However, by 1838 the activities of this society had lapsed and a new society under the same name aimed to assist artisans or labourers journeying in search of work by supplying them with a meal and shelter for the night.

To this end in February 1848 the committee rented a portion of the Old Manor House in Barnwell, owned by a Cambridge broker called Thomas Parker. It was known as ‘Mendicity House’ and was run by a resident Constable and Matron. From 1848-54 Mendicity House received more than 12,000 travellers, an average of 40 per week.

1855: agreement set up in which Reverend Sparkes Bellett Seaby rented the yard behind mendicity House for the use of a school or Sunday school.

1873: a map of this date recording land owned by Parker sold. Octavius Parker, grandson of Thomas, had died with considerable debts.

Within a year 15 dilapidated cottages had been demolished, 25 had been repaired and 25 were in the course of erection. New houses were built on the corner of East Road and Crispin Street; behind Mendicity House 11 cottages were built on a new road, Leeke Street.

In April 1883 Josiah Chater records that he had been asked to take on the secretaryship of the Cambridge Improved Industrial Dwellings Co. 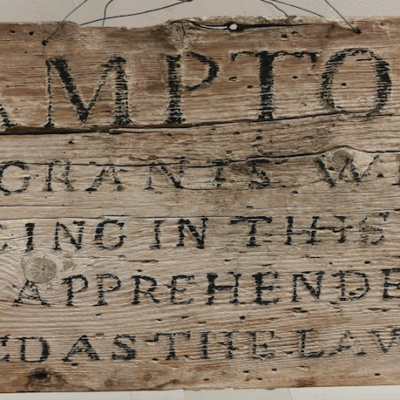