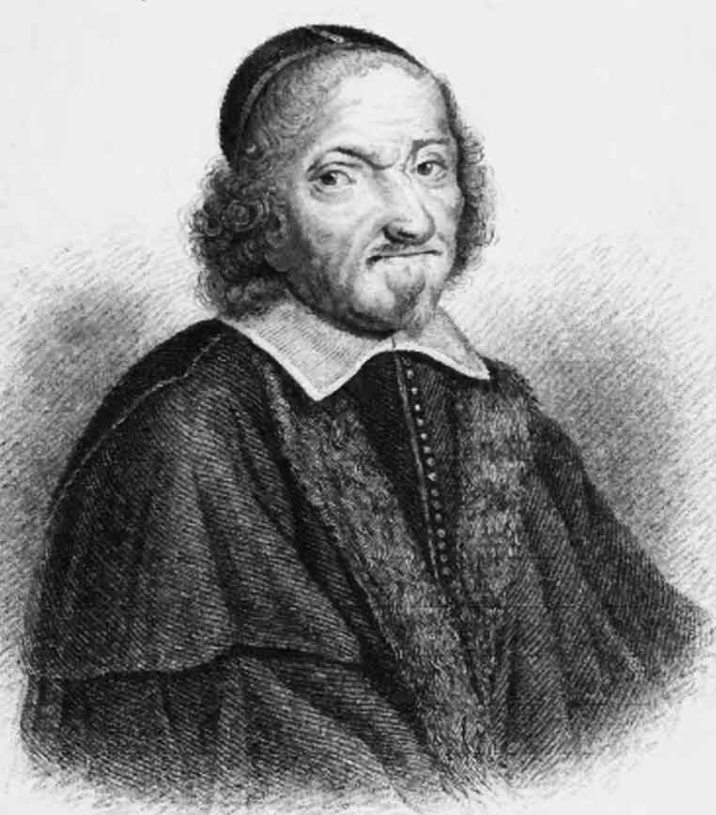 History of the Austin Friary

The Austin Friars were given a small piece of land near St Benet’s Street at the end of the 13th cent; this gradually grew to cover the area of the modern New Museums Site bounded by Downing Street (Dow dyers Lane)Free School Lane and Corn Exchange Street (Slaughter Lane). They had come to Cambridge for educational reasons and many of the scholars who met in the White Horse Inn close to the Friary, and who were nick-names ‘Little Germany’, were Austin Friars. One of their members in this Cambridge house was Robert Barnes, who was burned as a heretic in 1540, and another was Myles Coverdale, translator of the Bible into English and a leading reformer. (see A Taylor, Cambridge The Hidden History) 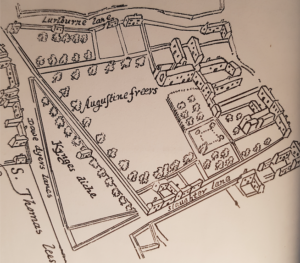 After the Friary was suppressed about 1538 it passed into the hands of William Keynsham who sold it ten years later to Dr Thomas John Hatcher, Regius Professor of Physic and Vice Chancellor in 1579. He was a man of considerable wealth who lived in almost princely style in the former Friary. After the death of his grandson, Sir John Hatcher, the property passed to various owners. Thomas Buck, the University printer, set up his printing press in the principal building in 1632; the press seems to have remained there for almost a century.

The last part of the friary to survive was probably the infirmary or guest hall which was only demolished in the 1790s. It was lived in by Thomas Buck, the university printer, and a view of the building from Corpus Christi survives. 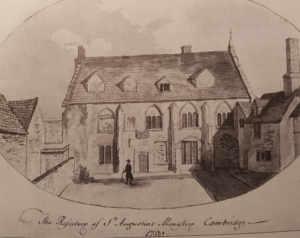 At one time in the 18th century a Mrs Wigmore had a boarding school in the part of the priory “where the gate belonging to the House lets out towards Pease Market Hill.” bout 1760 Dr Richard Walker, Vice-Master of Trinity, bought the site and presented it to the University for a Botanic Garden. In 1786 the University leased the house facing Peas Hill, which had become ruinous, to Mr John Mortlock for 999 years at an annual rent of 1 shilling.

For more about the Austin friars in Cambridge:

In 1910 skeletons of friars, brass buckles, leather belts and fragments of woollen habits were found during excavations.

In 2022 a study ‘Intestinal parasite infection in the Augustinian friars and general population of medieval Cambridge, UK‘ using data from this site and also the site of the church of All Saints by the Castle, Cambridge was published. This site was chosen because of its monastic population. 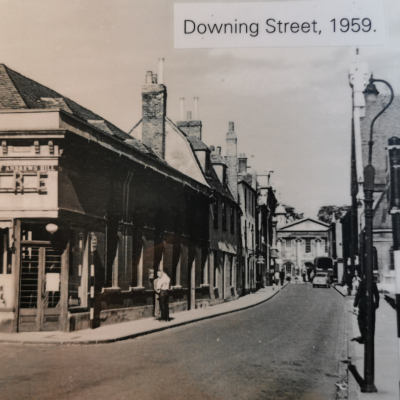