In 1908 Edwin was living at 14 Willow Walk; he signed up as a Royal Army Medical Corps reservist with the 1st Eastern General Hospital. From his application we known various personal details including his height, 4ft 10ins. In 1911 he was still at 14 Willow Walk with his mother (a bedmaker) and step father and had a job as a printer’s labourer. He served with the RAMC during the war reaching the rank of corporal by 1919.

Edwin married Vivian E Mison in 1917.Vivian had been born in Bradford in 1893 to Frederick and Bertha. In 1911 they were living at 39 Adam and Eve Row, Frederick as a labourer, Bertha as a bedmaker.

Edwin and Vivian’s daughter Betty was born in 1927. At some point they were living in St Andrews Street but by 1938 they were at 9 Fitzwilliam Street.

In 2017 Betty talked about her childhood and her memories of Cambridge together with her husband, Desmond January. Her uncle Percy ran the bookshop at the corner of Trinity Street opposite Great St Mary’s, now the Cambridge University Press shop.

She recalled how the Fitzroy Burleigh Street area was the main shopping area.

She went to Park Street school and would have to walk past many of the colleges on the way. Because of her grandmother’s friends at the Weslyan Chapel she knew many of the shop keepers and would post their letters in return for Radiance toffees.

Her godmother lived in Orchard Street and she knew her way around the centre of Cambridge, wandering in and out of the colleges.

She remembered Cambridge at the time of WWII and how people were frightened of the bombing. 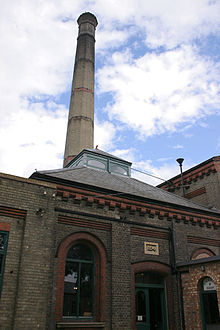