Kenneth had graduated from Christs College in 1937 with degress in psychology and economics. He joined the family business, King and Harpers, to learn mechanics. In 1938 he served an apprenticeship at Wolseley Motors in Birmingham.

During World War II he worked in Coventry on the design and production of Merlin engines.

In 1946 he became a director of King and Harpers and set up a new Home Appliances department. In 1950 he moved to 16 Home Close Histon. 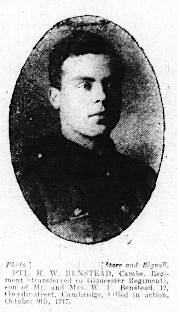