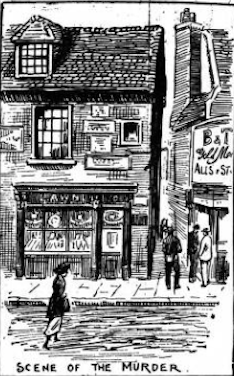 Alice was a spinster, aged about 50 and had run the shop for about 21 years. Family lived nearby such as her brother Horace, a motor mechanic at no.79. the shop backed onto Christ’s Piece; a narrow alley called Milton Walk ran along the side. There were two entrances to her property from Milton Walk; a side door to the house and a gate to the garden.

There were regular Wednesday markets in King Street and with so many more people around, Miss Lawn was very concerned about security. On Wednesday 27th July the shop was found locked at 11.30 am. When it was still locked at 3pm her brother Horace was alerted and he went round with his neighbour Mr Kirkup to investigate. They found Miss Lawn body at the foot of the stairs in a pool of blood. 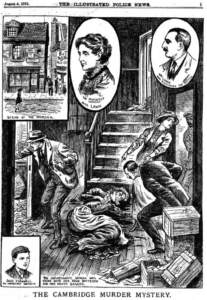 The police were called and Constable Alfred Flint was first on the scene. The inquest was opened on 29th July by the Borough coroner G A Wootten. It reopened on 8 August with Dr Henry Buckley Roderick as police surgeon describing the injuries.

Two of the main witness as to the time the murder could have taken place were baker Albert Ding, and Mrs Ada Webb who had sent her two daughters to the shop at 11am. A telephonist named Arthur Sexton had gone to the shop to buy cigarettes at 11.05 am and found the door locked. At 11.30 a Rose Rolph heard sounds from the shop as did 13 year old Jack Cornwall.

Other witness included Miss Lawn’s best friend, Elizabeth Papworth and Leonard Marshall, under gardener on Christ’s Piece. It was Marshall evidence that lead to the identification of the principal suspect in the case, Thomas Clanwaring aged 23. Much of Clanwaring’s account of himself and his own history was extremely unreliable; he came across as a professional conman and compulsive liar. However, he was committed for trial on suspicion of murder by the inquest jury. 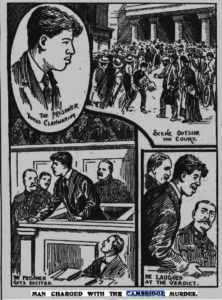 The trial opened on 17th October 1921 before Justice Bailhache. A London lawyer, H. O. Carter was hired on Clanwaring’s behalf by ‘wealthy North Country lady’ who was concerned to see that there was a fair trial. The case hung on whether the timings of the witnesses allowed for Clanwaring to have been physically possible to be at 70 King Street at the time the murder was deemed to have taken place.

A key defence witness was the barmaid of the Rose and Crown, Edith Rayner, who swore that Clanwaring had been in the pub between 11 and 11.30 am. This story was partly corroborated by the barman Harry Farrington.

In the end the judge directed the jury to how inconclusive the evidence was that Clanwaring could have been able to present at the murder site at the appropriate time and he was acquitted. 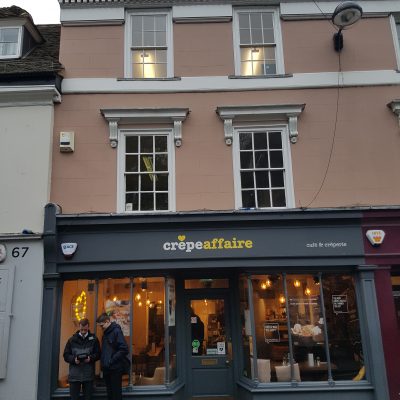 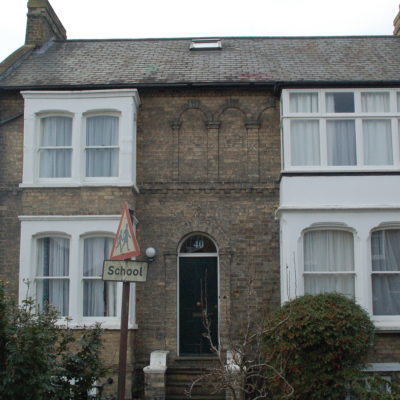