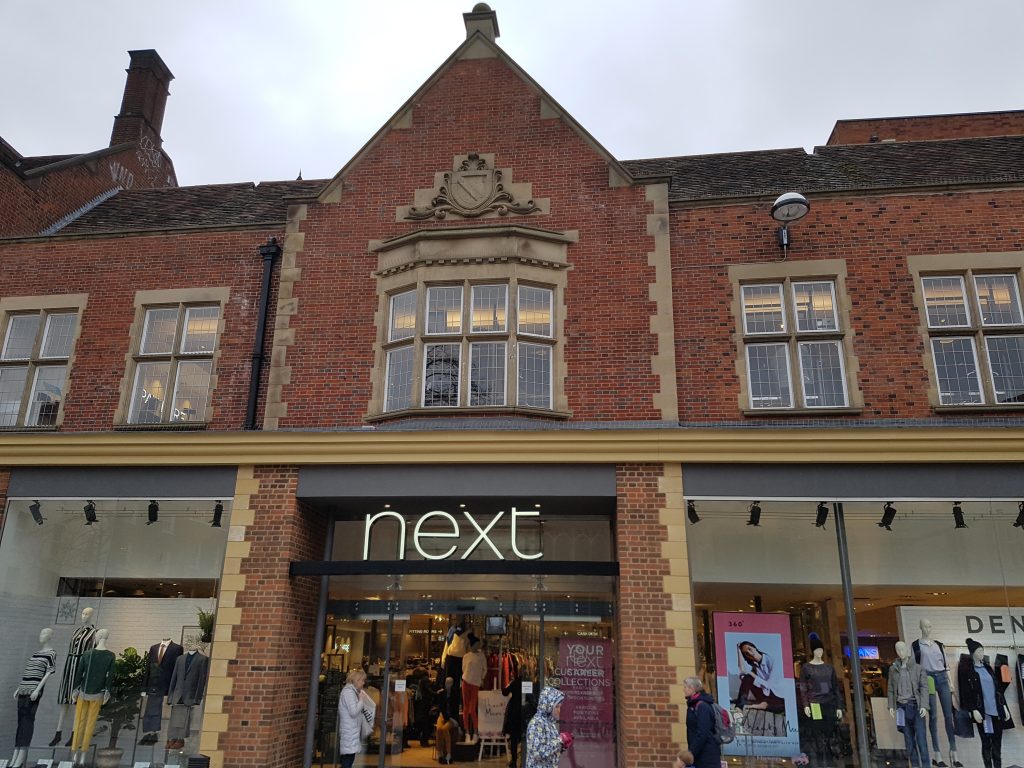 Enid Porter mentions on page 152 of Cambridgeshire Customs and Folklore, the ‘Black Lady of Sidney Street.’ She records that George Pryme, who bought the property in 1820, wrote in his memoirs that the house was:

a large remnant of the Trinity Hostel which, with many others of the like kind, were superseded by colleges … at first it seemed as if it would be impossible to remain there, for our servants believed in a rumour that the house was haunted, and for some time we had a difficulty in persuading them to remain, till at length the ghist was laid by ourselves occupying the room in which the ‘black lady’ was said to walk,

(The foundation of the belief was that a skeleton had been dug up in former years in the garden, but this was easily accounted for by the fact of the house having been once occupied by Sir Busick Harwood, professor of anatomy.) 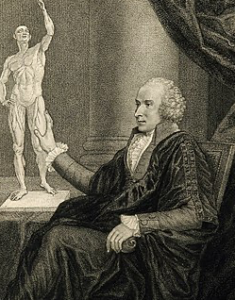 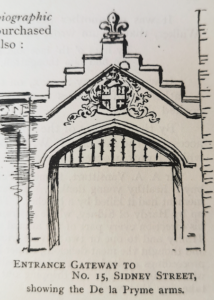 George Pryme purchased no.15. He wrote in his autobiography:

It was a large remnant of the Trinity Hostel, which, with many others of the like kind, were superseded by Colleges. In making considerable alterations I preserved as much as I could the remains of the internal arrangement. At first it seemed as if it would be impossible to remain there, for our servants believed in a rumour that the house was haunted, and for some time we had a difficulty in persuading them to remain, till at length the ghost was laid by ourselves occupying the room in which “the black lady’ was said to walk.

Lucy had a grand excitement today. She saw a hole broken into Mr Asby’s house and a little chimney-sweep dragged out by the leg by his brutal master (Wyot I think.) She immediately sallied out, attacked the black old devil for having acted illegally in sending a boy up a flue and said she should lodge a complaint at the Station, which she immediately after did. The ruffian behaved insolently and said ‘he supposed she belonged to the Ramonoors’. Lucy’s spirited conduct deserved the highest praise. The Policeman told her she would find it hard to substantiate her charge, as the villain carried about with him a dwarfish brother of 25 whom he professes to send up the flues whenever he is charged with sending up the boy. The Policeman engaged to frighten the Master well and also to reprimand Mr Asby (without mentioning Lucy’s name), so Lucy let the matter drop…

Romilly’s editor adds: Romilly took a keen interest in legislation to protect climbing boys and in 1840 had tried in vain to persuade Tatham, Master of St John’s to sign a petition on their behalf. By statute sweeps were to take no apprentice under 16 nor was anyone under 21 to climb a chimney. The law was hard to enforce, however, and had to be made more stringent in the 1860s. Ramoneurs (a Frenchified genteelism) used machines of the same name. George Smith of Sidney Street, proprietor of Ramoneur chimney-sweeping machines, was presented with a silver medal in July 1851 by Lord Shaftesbury’s Climbing Boys Committee which was trying to suppress the old ways (Chronicle 19 July 1851). 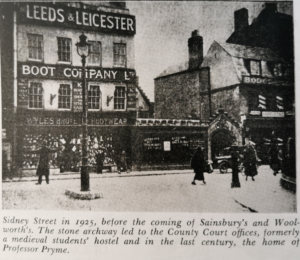 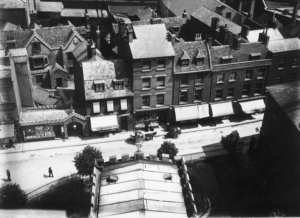 According to Enid Porter, the house stood until this year when it was purchased by Messrs Sainsbury who built a grocery store. (Cambs Customs and Folklore p 152) 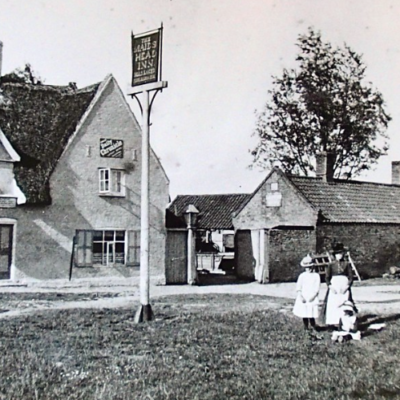