History of the Dolphin Inn

According to A B Gray in ‘Cambridge Revisited’ recalls how some workmen in 1817 were digging on the site, the cellar of the Dolphin Inn, where they found a treasure trove of gold rings, precious stones, silver coins and other items of value. The coins could be dated to the reign of Henry III and 1266. Since the site lay in what was at the time, the Jewish quarter of Cambridge, Gray suggests that at this time of persecution for the Jews who were eventually expelled in 1290,  that this was treasure buried for safe keeping. 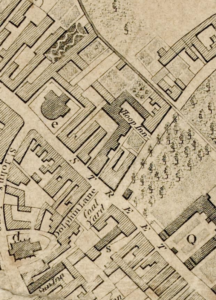 There was a Tudor inn  on the site, later covered by Whewell’s Courts. It was here that Thomas Cranmer, afterwards Archbishop of Canterbury, having forfeited his fellowship at Jesus College because of his marriage, resided with his wife Joan, who was a niece of the landlady. After his wife’s death he was reelected a fellow; after he had fallen from grace, his dead wife was spoken of derisively as ‘Black Joan of the Dolphin.’

British History Online states: The ‘Dolphin’ whose premises stretched from All Saints churchyard to Bridge Street was the home of the girl for whom Cranmer resigned his Jesus fellowship, and also the lodging for the justices of assize before Trinity gave them hospitality.

Cranmer’s first marriage has executed a peculiar fascination for his more modern biographers; but we know very little about it. In 1515 or 1516 he married a young woman who was called ‘Black Joan of the Dolphin’ in the articles against Cranmer at his trial forty years later ……… Foxe and his colleagues tell us that she was a gentleman’s daughter, but was related to the wife of the proprietor of the Dolphin Inn at Cambridge. When Cranmer married he, he became ineligible for his Fellowship at Jesus, which was limited to celibates. He was therefore obliged to find some other means of livelihood, and became the common reader at the monastic establishment of Buckingham College. Joan’s relatives at the Dolphin offered to allow her to live there for the time being, and Cranmer gratefully accepted the offer, because he had barely enough money to maintain his wife and the child she was expecting; his father hand only left him an annuity of £20 in his will. He himself did not live at the Dolphin…. Later Cranmer apparently sent Joan to St Ives to have her child, for it was there that she died.

The local diarist, Alderman Samuel Newton, in an entry dated 26.11.1670, describes the reception by the Corporation of the Prince of Orange (later William III):

…The Aldermen in scarlett, and the Common Counsell and other Gownemen in their habitts being ready at the Dolphin Inne, mett and saluted the Prince at the hither end of Jesus Lane against the Dolphin, just upon the turne of his Coach ….. 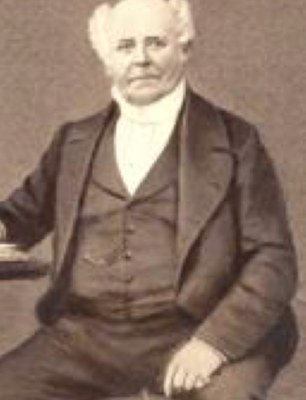