The Grand Arcade excavation uncovered a C13th well, Well 32, which would have served Plot XV which corresponds to this address. The well was in use for about a century. A description and analysis of the finds from the well can be found on page 113 of the report published in 2019.

Building 20, at the west end of Plot XVI, was one of the most intriguing structures found during the excavation. It is believed to have been malting kiln. (p145-146) dating from the mid-C15 to mid-C16.

Well 42 was also on this plot. It was constructed in the 1620s. Arches from church lancet windows of c.1250 were reused to make the lining of the well. This material would almost certainly have become available after the Dissolution; it could have come from within the city but it is also known that stone from religious houses in the Fens was transported to Cambridge. (p228)

The finds made on this site dating from the 19th century are discussed on page281f of the Grand Arcade report. The backfilling of Soakaway 3 on the site is important.

The backfilling of Soakaway 3 dates to c. 1808–25 and the assemblage of over 300 items (MNI) consisting of pottery and glass vessels, clay tobacco pipes and bone is a mixture of domestic and business material, dominated by items related to dining. Some of this material predates the end of Thomas Wicks’ apprenticeship c. 1795 and occasionally even his birth in 1774. Examples of this include four Chinese export porcelain vessels (c. 1730–50 and 1750–60), two Staffordshire white salt-glazed stoneware vessels (c. 1750–65), two glass utility bottles (c. 1750–80), a bottle seal of 1770 and a piece of English soft paste porcelain (c. 1760–70). This pattern suggests that some of the material comprised in some sense either familial or business ‘heirlooms’.

According to 1959 Royal Commission on Historical Monuments Survey of  Cambridge, no. 24 is of three storeys. It was built early in the 18th century.

This plot was probably occupied by the Burbage family from the late eighteenth century onwards. Charles Burbage , butler of Emmanuel College between 1828 and 1847, lived here from 1841 to 1847, followed by his mother Anne (1847-8) and his nephew James Burbage (1848-9) who was also the College butler.

Ethel May, 6, b Cambridge

A A Walker, solicitor 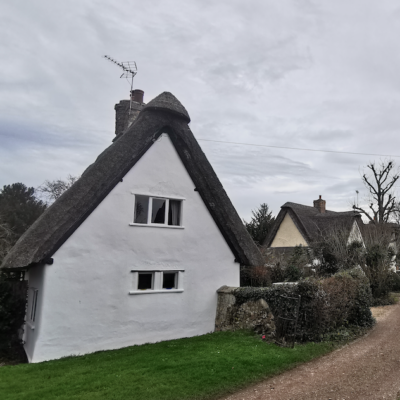 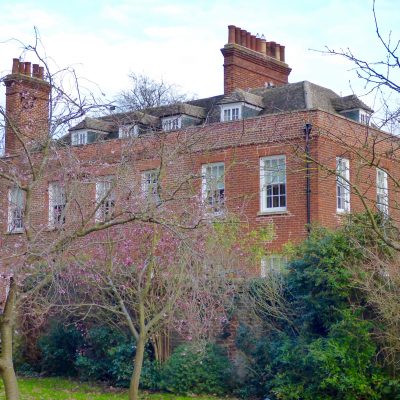