The Grand Arcade excavation report (2019) provides interesting information about the use of this site, Plot XVII. The core of the building is C18th. For the first half of the 19th century the plot was owned by Misses Mary Ann and Sophia Bones (1829) and in 1841 by the baker Samuel Bullock. The windows at the front are C19th and the south face was covered or constructed during the early C19th using grey bricks.

May Ann Jeffrey, 41, servant, b Waterbeach

In the 1870s the plot was extended to c. 61m from the frontage and additional land was acquired. The plot was occupied by various members of the Flack family although the owners may have been the Barrett family. The Flack family ran several businesses from the premises including a Turkish Baths.

A plan of 1882 shows that there were two rectangular structures that were the ‘Bath Rooms’. The southernmost of these equates to the existing Building 26, which had some drains and a soakaway inserted into it. Further back Building 50 was also constructed. This measured 8.9m long by 5.2m wide and contained a cellar with a boiler at its western end and a brick-lined soakaway at its eastern end; these were connected by an iron water pipe. There was also a chimney and a number of deep brick-lined ‘bunkers’. Building 50 comprised a secondary structure located just behind one of the ‘Bath Rooms’ and it may have been linked to them, although given the range of other business interests of the Flacks it might equally well have fulfilled a range of other roles.

The plot then went through another major reorganization c. 1882–5 under the aegis of the Barrett family who acquired Plot XVII c. 1864–81. The Barrett family were china, earthenware and glass dealers at various premises in Cambridge between c. 1786–1975. The business was initially based at Market Hill (1813–1937/38), with warehouse(s) at Jesus Lane that were offered for sale as building material in 1831 as they were replaced by others at St Andrew’s Hill. By 1830 Barrett’s were the largest of the seven ceramic dealers trading in Cambridge and in 1881 the business was known as Barrett & Son with the owners living at 60 Bateman Street and 9 Parker Street.

By 1884 the rear of Plot XVII was being directly utilized by the Barrett family who had managed to create an irregular but contiguous plot stretching c. 106m from St Andrew’s Street to St Andrew’s Hill. 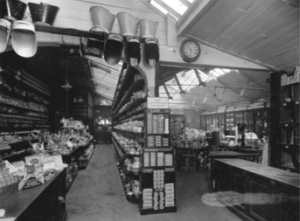 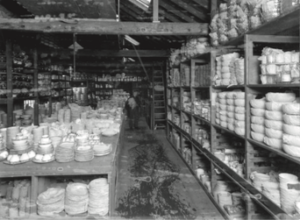