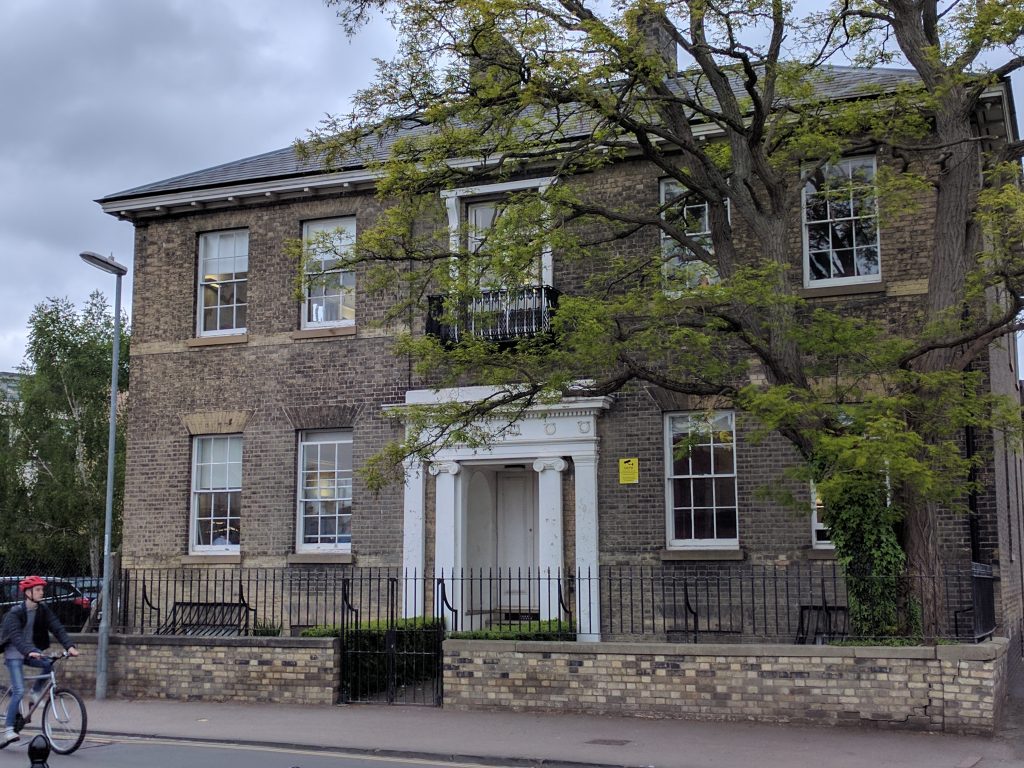 Royal Commission Survey of Cambridge 1959: built about the middle of the 19th century and forms no part of the unified lay-out of Park Terrace… The design is more pretentious and less successful than that of the earlier 19th century ‘villa’ exemplified by Camden House or Park Lodge.

Catholics in Cambridge (2003) edited by Nicholas Rogers (chapter 34 Felix Quia Fidelis: St Mary’s School 1898-1990) records how five sisters of the Institute of the Blessed Virgin Mary set out from the Provincial House in York in September 1898 with the intention of setting up a centre for the accommodation and education of female students in Cambridge. They had been encouraged to do this by a Miss Donelan, a pioneer in the training of Catholic women teachers, who was then active in Cambridge.

The Catholic student teachers were at the time accommodated in a hostel in Queen Anne Terrace on the south side of Parker’s Piece. The five sisters from York moved into Furness Lodge. There were no female students in need of accommodation at the time so they turned to two further objectives, one, the teaching of the children of Canon Scott’s Catholic mission, the other, the establishment of of a girls’ boarding school.

The establishment was not a great success; most children left the school in 1900, the standard of teaching was probably not very high and there was a suspicion of unhealthy drains at Furness House. The first few years for the nuns were ones of poverty owing to their very limited income from school fees. A decision was made to move to more promising accommodation and finally Furness Lodge was sold and the community moved to The Elms, a large family house, at the end of Bateman Street in March 1904.

Further information on St Mary’s School can be found here:

Frederick Parkes, 64, living on own means, b Cambridge

Charlotte, 54, b Liverpool, b Cambridge

Greta May, boarder, 34, teacher, b Austria

In 1901, James Pryor and his family were living at The Hall in Milton outside Cambridge. When James died 24th August 1922, his address is given in the National Probate Calendar as Milton Hall.

In 2017 Furness Lodge was a Grade II listed building. 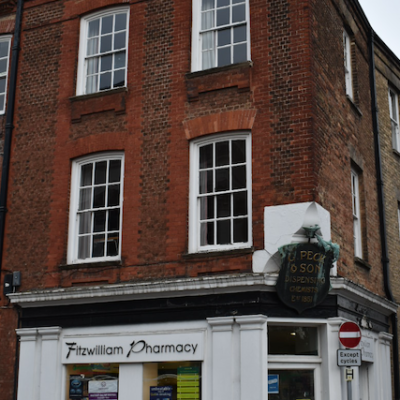