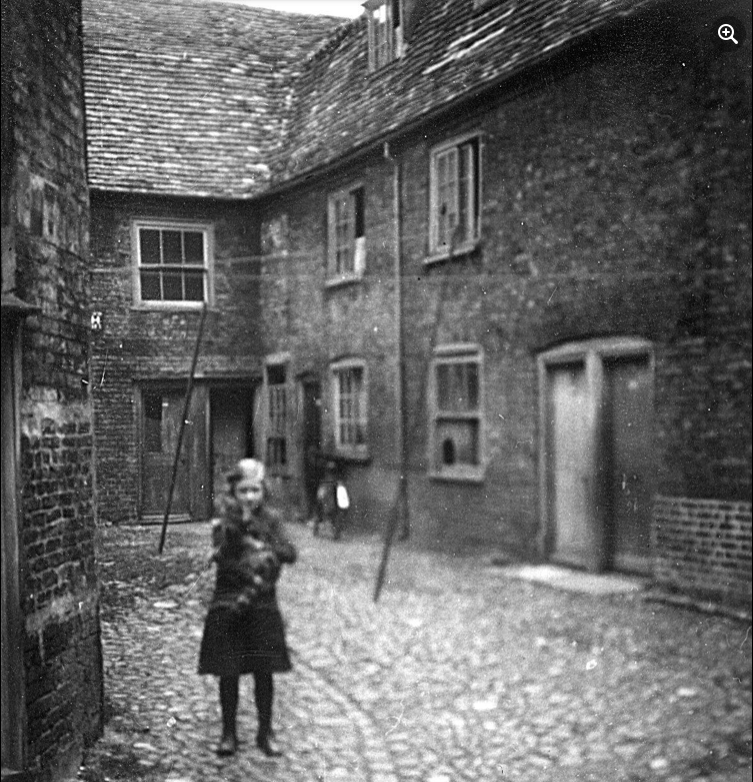 Ellis’ Court [Ninepin], Thompson’s Lane proved difficult to photograph, as W.F. Turner, one of those who contributed to the survey explained:
In some cases yards were so narrow that he had been cramped for room, and perhaps some door, lamp post or ventilating shaft had come in the direct line of the camera and he had been obliged to include them in order to get a record. Even to do this had meant his visiting some places several times to find when the sun would be at the right angle to light the subject. [Cambridge Chronicle 19th November 1929]. (See Mike Petty, Fenland History Facebook group) 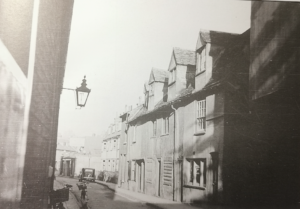