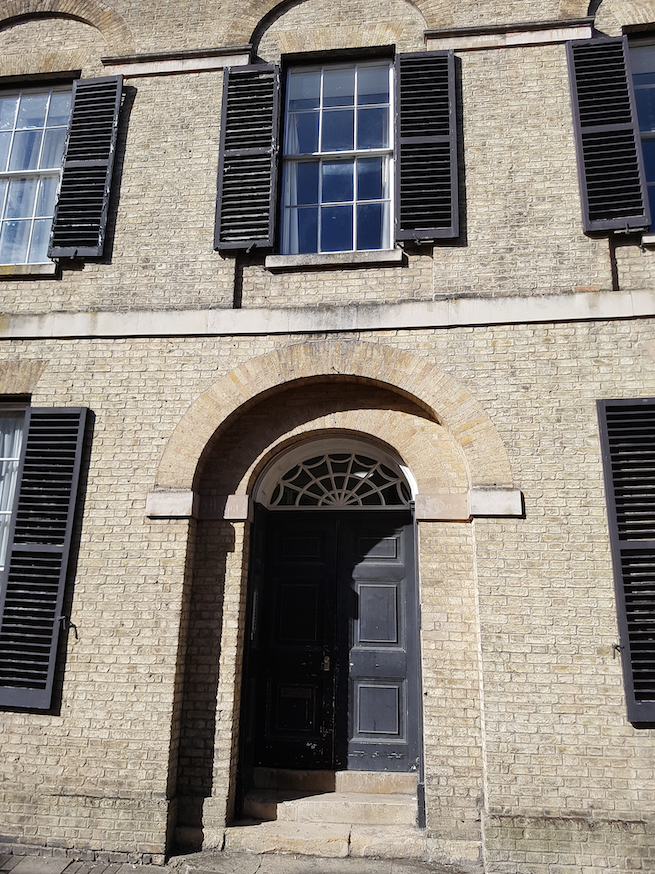 1543: Jeffrey Rankyn died childless and left to his nephew Gerard a tenement ‘sett and buylded in the same paryshe of Saint Clement at the corner leading towarde Harlestones place commonly called the corner howse wherein Wylliam Smythe pewterer nowe dwellythe.’ ‘Harlestones place’ was the same as the Harlston Inn [site of Anchor brewery], on the east side of Quayside Inn. The corner house was probably where no. 29 Thompson’s Lane stood in 1886. Jeffrey left two other properties to Gerard: ‘my mansion howsse or tenement called the tabere in the which tenement I now dwelle with all the yards and other appurtenances to the same belongyng‘, and another which T E Faber could not identify. This mansion house he identified with the location no. 30 Thompson’s Lane. (for more information about this location see section the William Dak tenement. (Source: T E Faber, An Intimate History of St Clement’s Parish, 2006) 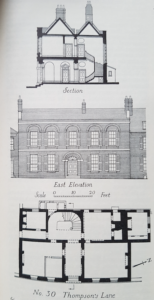 1959 Royal Commission on Historical Monuments Survey of Cambridge: with walls of Gault brick with stone dressings and tile-covered roofs, was built c. 1820. No.30 is a particularly good and well-preserved example of a type of town house of which there are many less elaborate in Cambridge.

On an 1836 map of the area the west section (h) of the Dove House Close site is labelled Mr Foster’s garden. Richard Foster paid the Master of St John’s College £8 p.a. and was the owner of 30 Thompson’s Lane, as well as the triangular cole yard behind, i.e. to the south of, his coach house and stable yard.

The house was sold at auction in 1859 together with the rest of the Foster estate. This was then the principal dwelling house attached to the brewery with ‘noble Entrance Hall’, seven bedrooms, nursery etc. and was occupied by Henry Staples Foster.

After the Foster family had reoccupied the house it seems that they began to refer to it as Brookland’s Place, after Brooklands in Brooklands Avenue which Richard Foster Jnr had built and lived in. 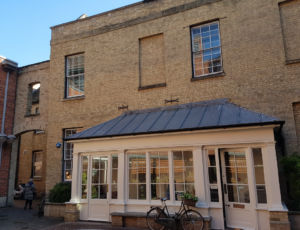