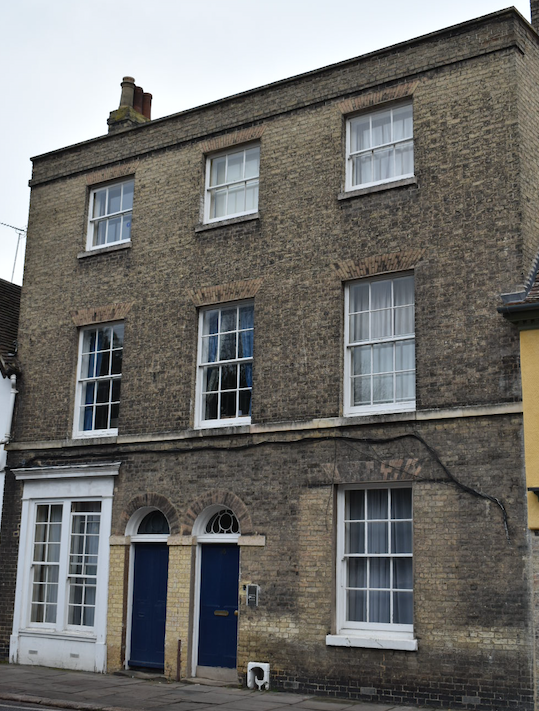 I lived at 35 Trumpington Street from 1943 to 1958. The landlady was Winifred Bond and she ran this Peterhouse residence which housed 7 students; my  grandfather, Harry Bond,  ran the Little Rose public house next door and was jokingly purported to be the rudest landlord in Cambridge!!  Actually he was very kind and fair.  I felt as though the whole of Cambridge was my playground.

I would creep round to the stables, which at that time was run by Captain Harris – a formidable character, of whom I was frightened.  He obviously knew me, and saw me from his office next door to the tack room, creeping up the yard to see the horses, but he never stopped me.  Sometimes, I would climb a drainpipe, which would take me onto a wall from which I could jump into his manure pit, and gain access that way, so that he wouldn’t see me.  Looking back, I think he didn’t miss a trick.

There was a loft room in the yard which was fascinating to ‘explorers’, but I was told I couldn’t go up there because there were bugs.  One day, I took Captain Harris’ granddaughter, Sandra, up there and we had a fun afternoon playing – we were about 5 or 6 at the time.  Shortly after that, Sandra died and I was told that she had a bug in her lungs.  I was so ashamed, and had to keep my secret that I had killed her.

When the circus came to town, the tiny donkeys were stabled there, and I love them to bits.