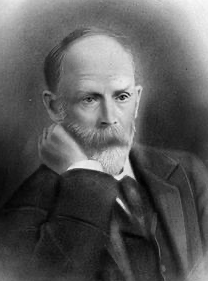 M. however kept her appointment with Mr Jones the dentist: she went in perfect confidence of suffering no pain, but merely having the false teeth fastened in: to her surprise and disgust  Mr Jones said he had broken one of the teeth on Monday and he must now draw it: he did it with a vengeance, and hurt her so that she screamed with anguish.

Ed. note: Mr Jones of 63 Trumpington Street advertised in the Cambridge Chronicle as follows: Mr Jones, surgeon and mechanical dentist to HRH the Duke of Sussex, Earl of Ivverness [sic] etc, etc, Every description of Artificial Teeth … guaranteed to answer all purposes of mastication and articulation, combined with durability and economy …

(March 4th) Romilly wrote: Forgot to say that last Monday I went again to Jones and had 2 teeth filed and mortared: I saw the Ether-inhaling apparatus: he has used it a few times, but never without the presence or at least the written consent of the person’s Medical Adviser.

Ed note: ether had been used as an anaesthetic in surgery with excellent results for less than six months. Unlike opium it had no after effects. W S Daniel, house pupil at Addenbrookes, was one of many who invented an inhaling apparatus.

Before moving to this house, he had lived at 4 Jesus Lane. From 1848 he lived with his family at Ely Villa, later called Hurst, on Milton Road. Details of his family and business life can be found here: