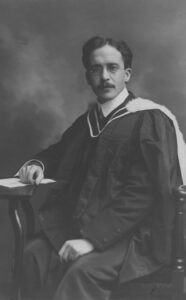 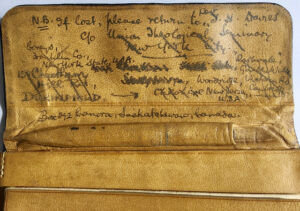 The family sailed for Canada in November 1912. Hafren, Maggie and three year old daughter Hafrena were based in Canora, Saskatchewan from late 1912. Maldwyn Hafren was born in January 1913 and his younger sister, Eirwen Myfanwy, was born in December 1913. Maggie sadly died from TB in January 1914. The family travelled back to Wales where Maggie was buried in Llansadwrn in March 1914. 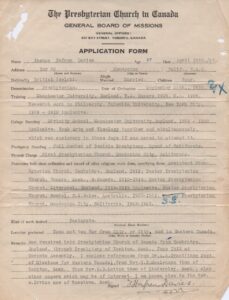 Thomas Hafren Davies application 1927 made to Presbyterian Church in Canada sumarising in his own words, his education and pastoral experience.