Enid Porter was the curator of the Cambridge & County Folk Museum (now The Museum of Cambridge) from 1947 to 1976, and a leading authority on Cambridgeshire culture, history, customs, stories and beliefs, and a pioneer of oral history. She said of the museum: ‘It is the intimacy of it that I like, relating the objects to the role they played in people’s lives and the customs they have played a part in’.

Enid was influential within the museums movement of the 1960s which aimed to widen museum attendance and to discourage elitist tendencies in the sector. She gave talks about local history to all sorts of groups and published articles in Cambridgeshire, Huntingdon & Peterborough Life magazine. Porter never missed an opportunity, and even took note of conversations she held when she was in hospital for her own health, sharing stories and anecdotes with other patients nearby. These methods of collection are a consequence of the key philosophy that she thanks her predecessor Thomas Bagshawe for; the importance of going out to collect information rather than sitting and waiting for it to be brought to the museum or the curator. Enid Porter worked using a multi-disciplinary method in her collection of folklore, social history and community life. She wrote that ‘Just as no man is an island unto himself, no academic discipline should, or can, remain in isolation’. 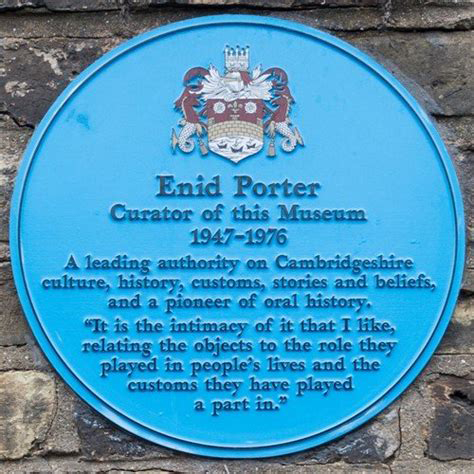 In 1972 she was awarded an Honorary MA by Cambridge University in recognition of her work, followed in 1981, after her retirement, by the same degree from the Open University. It was recorded that her work reflected the objective of the OU in ‘promoting the educational wellbeing of the community generally’ with a cheerful, humorous and lively personality.

A Collector of Stories

The Capturing Cambridge article below includes links to many of Enid’s writings on all kinds of subjects: from trams, shopping and Cambridge street names to Fenland skating, witchcraft and local traditions.

‘Enid’ – a Poem by Leanne Moden 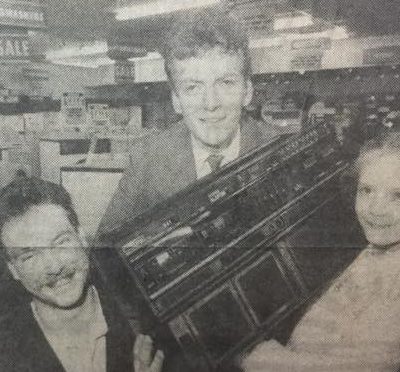