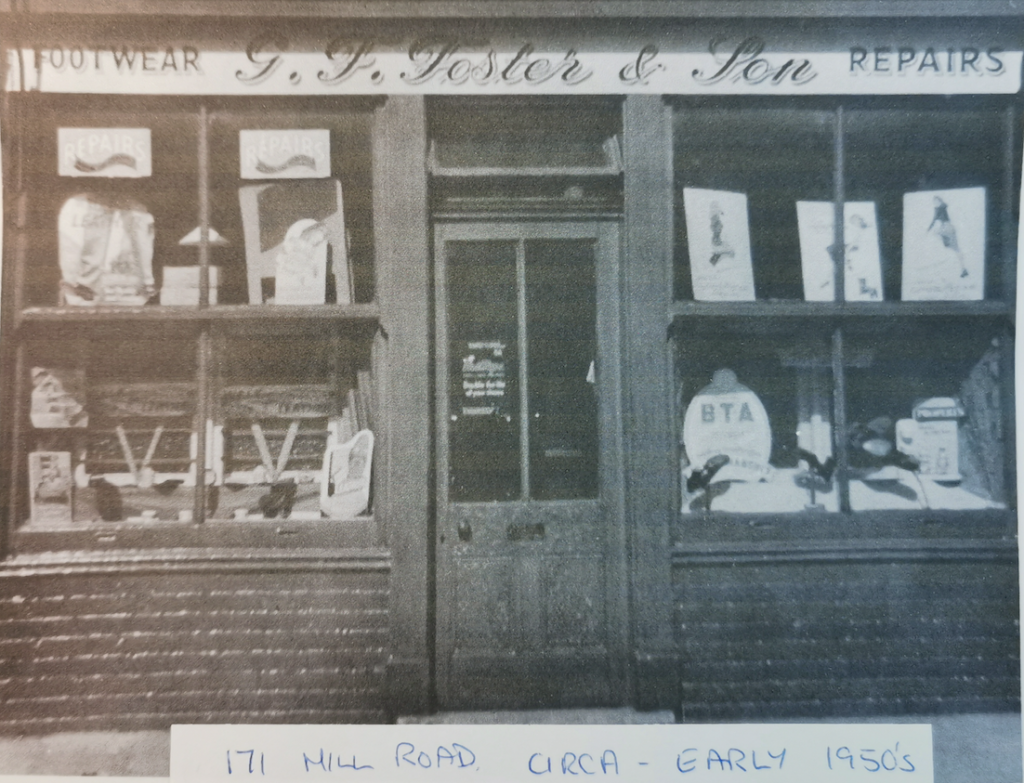 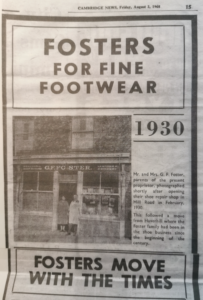 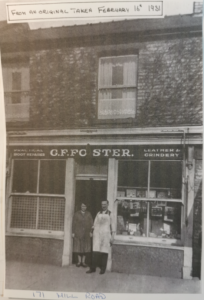 In 2003 Patricia Smith née Foster, sent to the Museum her memories of her family’s life in Mill Road.

Myself and my two sisters all grew up in this area and attended the St Philip’s infants and junior School. My grandparents, George and Lily Foster rented this property in 1930 where they lived behind and above the shop, later buying the freehold. My grandparents ran the business as a shoe repairers’ along with my father until my grandfather retired in 1950, when my father took over the business and we all went to live in the back part of the building. We lived there until 1955 when the living accommodation was just too small for five people. However, my father still ran the business as a shoe repairers’ until 1968 when he had the premises refurbished to become a shoe retailers and he moved into the flat above, where he and his second wife Ivy Foster lived until they died (1992 and 1996 respectively). When he retired however, he let the shop premises firstly to a Mr Richardson who ran it as a mens clothes shop then to a Mr Rooney who had a card shop.

At the end of 1992, after my father had died, one of the internal walls collapsed and the whole of the inside had to be refurbished, which was reported in the Evening News. Later on it became a cycle shop.

When I first started school [at St Philips] there were air raid shelters in the playground and we had to do practise air raid drill. I remember the the headmistress around 1947/48 as being a Miss Ome. We have lots of other memories of the area during the war and during the forties and fifteies: queuing for bread when it was rationed, outside Noth’s the bakers or Howes’, also REv. Hunt the vicar at St Philips’ Church and I can just remember going to Mill Road bridge the morning after the bomb dropped on the railway and the houses, about 1941/42.

The premises next door, 173 Mill Road used to be ‘Kit’s’ sweet shop, but was bought by my father’s sister and her husband, Mr and Mrs Waller shortly after the War, and they ran it as a sweet shop for a number of years.

The other neighbour at 168 Mill Road during the 1950’s and 1960’s was a Mr Stanley Smith who used the front room of his house as a chiropodist’s practice and was very popular with all his clients. The row of houses then had front gardens and were normal; residential properties. The gardens were later demolished and the properties all became commercial. 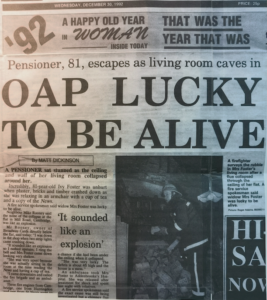 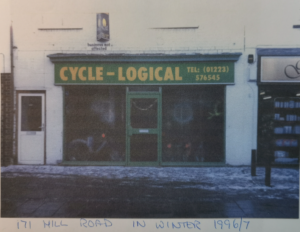