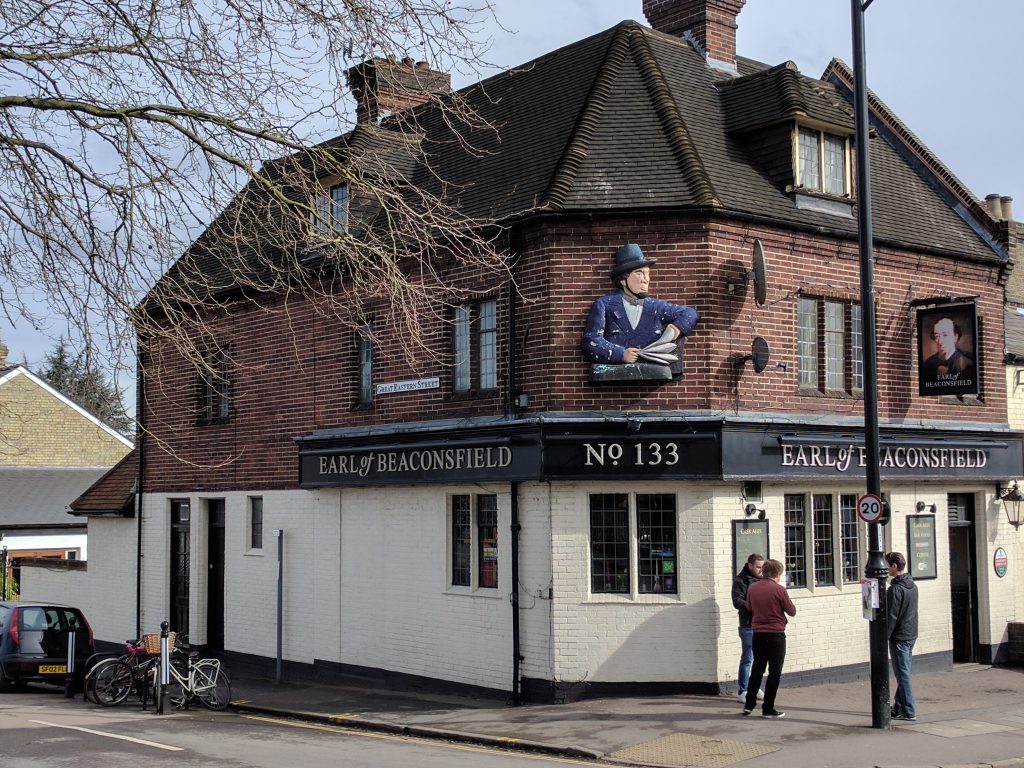 Earl of Beaconsfield, 2005. Courtesy of the Suzy Oakes Collection

First mentioned as a beer house in 1882 this public house was owned and occupied in 1884 by Joseph Turner Bailey who was something of a local character. He owned a large number of houses in the Mill Road area and his “uniform” for rent collecting consisted of an old tweed jacket, well worn brown corduroys and a fish basket, giving him a somewhat down at heal appearance. Doubtless these were the same clothes that he wore when he went to the Motor Show in London and where he accepted a tip of sixpence for minding the carriage horses of a “gent” who wished to take his groom into the exhibition to inspect the cars. When he had earned his 6d he went into the exhibition himself and bought a new Aldays and Onions car for cash, the sovereigns being carried in the faithful fish basket. Having a natural poker face he would have enjoyed to the full such an episode.

The original pub differed considerably from the present building. It was very much smaller with somewhat spartan accommodation for the customers. The original cellar remains, albeit with a new entrance. As built, access to the cellar was by a door near the rear of the bar and down a flight of stone steps. There were no beer pumps so every pint had to be drawn from the barrels into enamel jugs. During busy periods the “pot man” certainly earned his keep. 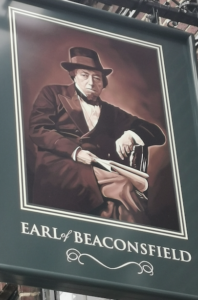 When Mill Road Bridge was built in 1889 to replace the level crossing the view of the Earl of Beaconsfield was obscured. It is said that Joe Bailey thought this would have an adverse effect on his trade and he appealed to the railway authorities for compensation.  He was offered a sum greater than he had hoped. Once again his poker face stood him in good stead and he expressed dissatisfaction with the offer, the authorities then increased the offer by a considerable amount. 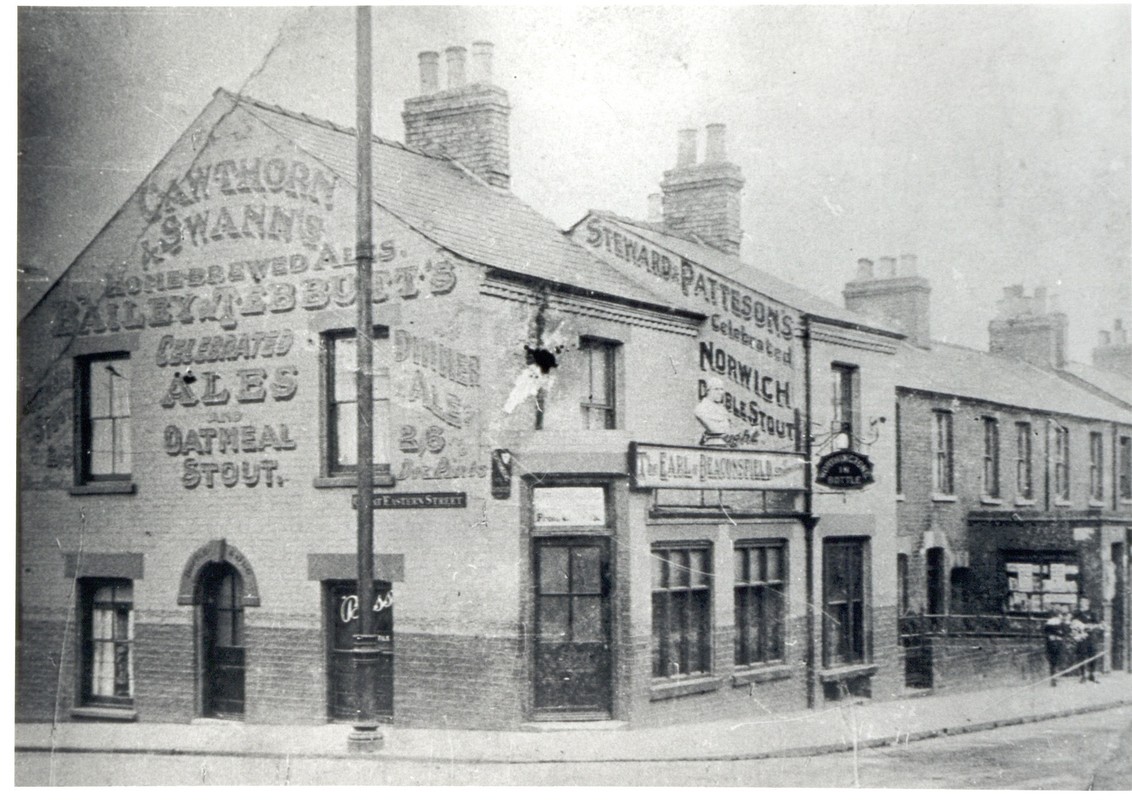 Earl of Beaconsfield 1920. Courtesy of the Cambridgeshire Collection, O.EAR.K20 4410

Intrigued by this story Stephen Thompson investigated further by obtaining a copy of Joseph’s will learning:-

Stephen Thompson Snr (uncle Stiv) inherited the pub and other properties from Joe Bailey in 1917 on condition that they would go to Addenbrooke’s Hospital on his death. The law changed on the introduction of the National Health System and Addenbrooke’s could not accept property donations, so Stephen Thompson was allowed to keep everything. The archivist at Addenbrooke’s Hospital confirmed that he did honour the terms of Joe Bailey’s will and the hospital got the money when the properties were sold. Stephen Thompson (nephew of Stiv) bought his parent’s house at number 53 Kingston St and Jack Barrett bought number 51 which is where his brother Fred Barrett lived.

The Land Value books of 1910/11 held at Cambridgeshire record office show all the properties owned by Joe Bailey at that time. Later research gave a total of 57 houses plus the Earl of Beaconsfield pub at 133 Mill Road at the time of his death in 1917.

When the Bridge was going to be built they had originally planned to change the course of Mill Road and this may have affected  the properties owned by Joseph. Although that did not happen The Earl of Beaconsfield was affected by the slope of the bridge which raised the level of the pavement by the corner of the pub. The picture above, taken in 1900, shows that the side window was now practically at ground level. The pub that stands there now has been drastically altered over the years. 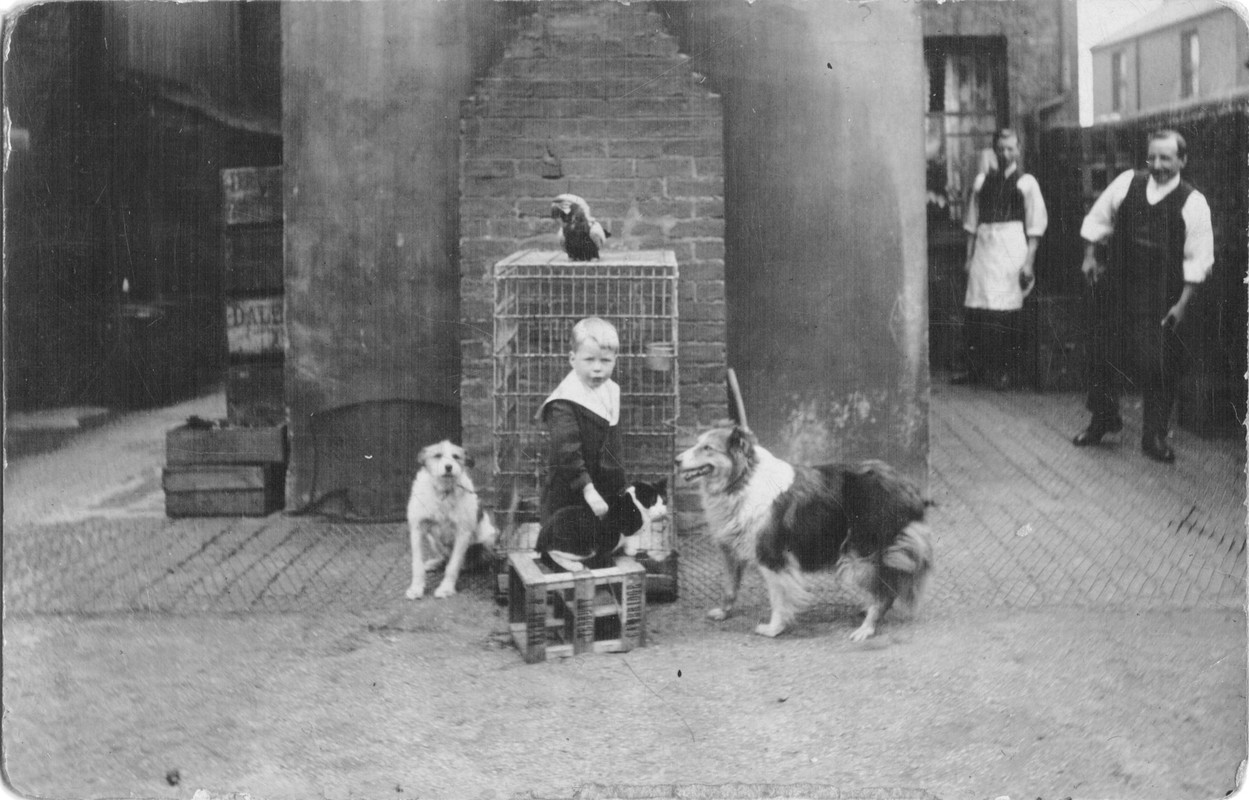 The back of the Beaky, around 1916. Courtesy of Mary Naylor.

The photo shows young Stephen Thompson with his uncle Stiv in the back yard of the Beaconsfield around 1915 with resident dogs and Bob the parrot.

Research by Stephen Thompson, 1978;  edited by his daughter Mary Naylor, 2012

Landlord’s tales – The Earl of Beaconsfield

In 2017 Kay Blayney and Mary Naylor collaborated to turn the above research into a performance piece featuring Joe Bailey, Stiv Thompson and Bob the Parrot amongst others.

From the Census & Cambridge Street Directories 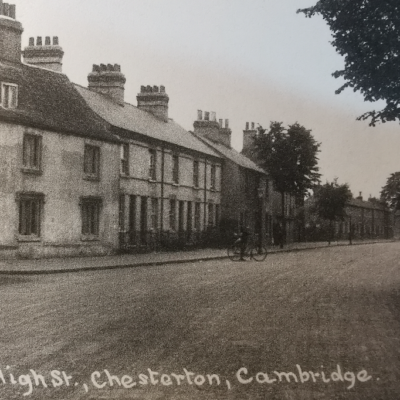